There are currently 79 veterans (plus one nonvoting Member) in the House (19Ds/61Rs) and 21 in the Senate (7Ds/14Rs). Although military members, who voted 60%for Trump in the 2016 election, are generally pegged as more conservative, the President's actions in office have spurred an interest by many veterans in running as a Democrat. 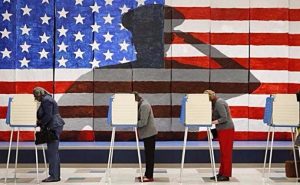 The veterans campaign is led by Congressman Seth Moulton (MA-6), who served four tours of duty in Iraq as a United States Marine officer.

Moulton and DCCC Recruitment Chair Denny Heck (WA-10) are also working with organizations like Vote Vets, a progressive PAC that focuses on veterans' issues and candidates.

Among the DCCC's 2018 army of candidates, are over a dozen veterans who have announced challenges to sitting Republican Members of Congress, and more are expected to emerge before the year's end.

2018 Democratic Candidates who have served in the Military

Democrats need a net gain of 24 seats to when back control of the House.  With Trump's approval rating at 37% (Gallup 7/7/19), the voices of our veterans could push it over the top. 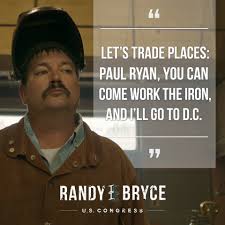 May 8, 2020 This morning the US Bureau of Labor Statistics released its monthly jobs report, showing that the US unemployment rate has soared to 14.7%, the highest since the Great Depression of...

Last night voters got their first taste of the debate season, watching both Hillary Clinton and Donald Trump field questions about their qualifications at the Commander in Chief Forum hosted by...