With the resignation of embattled White House Press Secretary Sean Spicer, and the shakeup of the positions and players in the White House communications team, we thought it might be useful to look at the history and modern-day role of those who speak for the President. 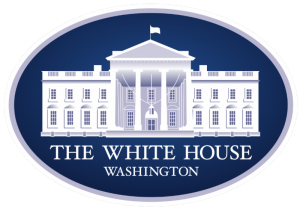 History
The first interaction with the White House and journalists began with John G. Nicolay, Abraham Lincoln's personal secretary (1861), and Abe's successor, Andrew Johnson, was the first president to grant a formal interview.

The "White House Beat" for reporters was established under Grover Cleveland (1895) by William W. Price, who stationing himself at the White House to seek out stories, and who eventually become the first President of the White House Correspondent's Association in 1914.

Joseph P. Tumulty established the practice of daily press briefings under Woodrow Wilson (1912) and the relationship between the President and reporters expanded significantly under Calvin Coolidge, who held an unprecedented 500+ press conferences during his tenure. 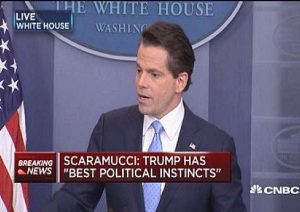 The first "Private Secretary" to serve as liaison to the press was George Akerson under Herbert Hoover (1929), followed by Franklin D. Roosevelt's appointment of former journalist Stephen Early as the first official "Press Secretary" in 1933.

But it was not until 1969, under the Nixon administration, that Herbert G. Klein officially established the White House Office of Communications, serving as its first Director until 1973. 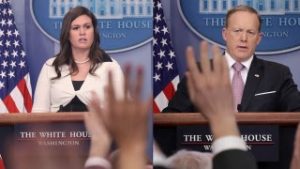 White House Press Secretary
Like the Communications Director, the White House Press Secretary usually comes from the President's campaign, and serves as the formal spokesperson for the President, the executive branch of the administration, and its policies. Part of senior staff, the Press Secretary serves as the public face and voice for events and actions within the administration, and its reaction to national and international developments. The press secretary interacts with the White House press corps and media on a daily basis, traditionally in a daily press briefing.

The Shake Up
A former Republican National Committee spokesperson who was brought into the West Wing by White House Chief of Staff Reince Priebus, Sean Spicer, submitted his resignation Friday -- following the announcement that New York financier Anthony Scaramucci will fill the position of Communications Director.

Spicer has been juggling the larger communications operation since Director Michael Dubke resigned in May -- just three months into Trump's term.  Spicer, 45, has been a combative defender, and target of, Trump's controversial actions in office and declined the President's request to stay on. 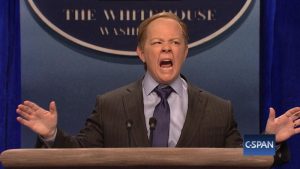