This weekend the Democratic National Committee (DNC) kicks off another Day of Action around
Resistance Summer, the Party's campaign to unite Americans in the name of resistance against an administration that seeks to divide its people - and to elect leaders who will prioritize the needs of middle class and working families. 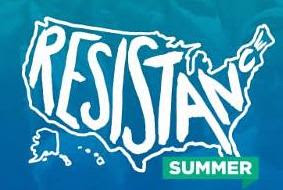 The mission of Resistance Summer is to "educate, organize, and mobilize grassroots energy from Democrats in all 50 states, DC, the territories, and Democrats Abroad to help build our party's base of political power and resist Trump's attacks on hardworking families."

The name plays on the historic "Freedom Summer" of 1964, a turning point in the civil rights movement when thousands of volunteers in Mississippi participated in a campaign to register black voters and set up programs to end the political disenfranchisement of African Americans in the Deep South.

Now, more then ever, Democrats nationwide need to stand in solidarity against an agenda that aims to deprive millions of Americans of their health care, strip vital social welfare, educational and environmental programs from the budget, and rob citizens of their personal freedoms.

Not since the turmoil of the 1960's have the human and civil rights of everyday Americans come under such  assault, and now the scandal of the Russia collusion investigations threaten our national pride and standing as the world's peacekeeper as well.

Join the DNC, grassroots organizations and your neighbors in this important organizing effort over the next month. 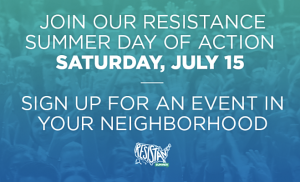 Important Links
Sign-Up for Information on Resistance Summer!
Join or Host Find An Event Near You
Post Your Event to the DemList Calendar for each state to get the word out. All free to help!
Forward  This Daily & SignUp link to members, colleagues & friends