Ballot initiatives have become an integral part of the electoral process - as a form of direct democracy, and as another avenue for impacting policy change outside of, or in spite of, legislatures that are otherwise under Republican control. 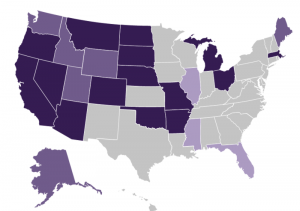 2017 Initiative Highlights
There are 20 statewide initiatives in eight states that have qualified for the ballot in 2017, covering issues from bonds, taxes, housing and healthcare to construction, land preservation and gambling.

Major wedge, or publicly controversial initiatives, are usually held in on-election (even) years when congressional and more electoral seats are up, and ballot measures can be used to help drive higher voter turn out to the polls.