The Democratic National Convention schedule of official DNC Council and Caucus meetings is up on the DemList Convention Calendar!

The "unconvention convention," held August 17-20, 2020 and anchored in Milwaukee, Wisconsin, will be held almost 100% virtually due to the coronavirus pandemic.

Caucuses and Councils
The DNC has two types of Caucuses: Regional, which represent the Eastern, Mid-Western, Southern and Western US, and Constituency, which include Asian American and Pacific Islander, Black, Hispanic, LGBT, Native American, Poverty and Women. 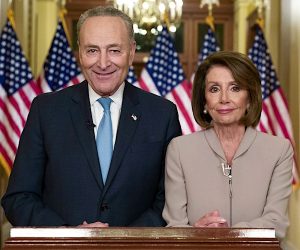 The official convention program includes the nomination of the vice presidential and presidential candidates and swing state speakers from each state, among others to be announced. Themed names are tentative. 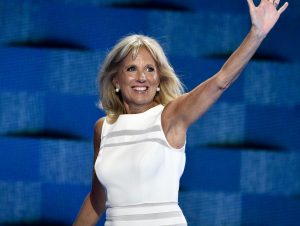 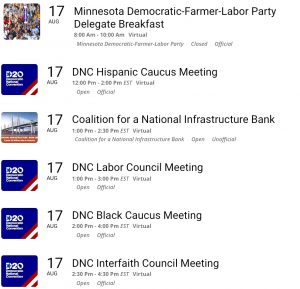 For the third convention, DemList is hosting the convention events calendar, dedicated to profiling and promoting Party and allied organization events. Go to the Calendar for more information and to Submit your virtual events now!

October 31, 2020 The final Biden-Harris fundraising event is tonight! Join a cast of stars for the #I Will Vote Virtual Homecoming. If you still haven’t contributed, participated in the...