Fourteen years ago Mark Zuckerberg started Facebook "out of his dorm room."  Now 68% of U.S. adults are on Facebook.

One of America's most successful and innovative entrepreneurs, the 33 year-old Co-Founder, Chair and CEO of Facebook has been catapulted into the center of the Russia-Trump collusion investigation as an unintended facilitator in one of the largest breaches of internet privacy in history.

The focus on cybersecurity and internet regulation has intensified since 17 major US intelligence agencies, in a January 6, 2017 report, concluded that Russia had interfered in the 2016 presidential election.

The alarmingly sophisticated techniques used by the Russians to manipulate social media networks and users during the campaign accelerated the call for internet privacy protections.

But the recent revelation that Cambridge Analytics, the British firm with alleged ties to the Russians, had  utilized unauthorized data on 87 million Facebook users, was a stark reminder to the public of how our online data can be used as a weapon against us. 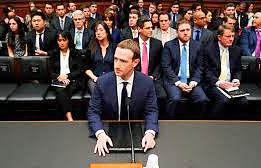 Over the last two days Zuckerberg has been the star witness in a congressional inquiry by both the Senate and House on internet privacy.

Zuckerberg's appearance followed a bipartisan call for answers on regarding the Facebook's transparency, or lack thereof, regarding the data scandal, and what measures are being taken by the company, as the world's largest social media platform, to prevent future breaches.

2013:  "ThisIsYourDigitalLife, " a third-party app that prompted users to answer questions for a psychological profile, was developed by Aleksandr Kogan and his company, Global Science Research.  Through the 270,000 people paid to take the psychological test, Kogan was also able to gain access to millions of their friends' Facebook profiles. 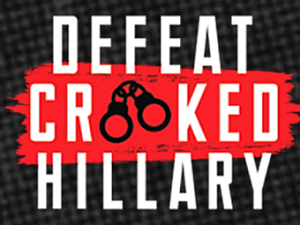 2016:  In June, the Trump campaign hired Cambridge Analytica to take over its data operations. Trump's then-manager, Steve Bannon, was a former vice president of Cambridge Analytica.  General Michael Flynn, Trump's former NSA Advisor, and a cornerstone of the Russia investigation, had also been an advisor.

2018:  In mid-March, whistleblower and former Cambridge Analytica employee, Christopher Wylie, revealed that the firm  had used the Kogan data - thought to be deleted -- to manipulate millions of Facebook users in an attempt to influence the elections.

Cambridge Analytica used the data for "psychographic" profiling to target individuals with specifically tailored content - in this case pro-Trump material.

The firm is cooperating with the Special Counsel's Russia investigation.

Regulating Reality
Zuckerberg's testimony before the Senate and House Committees prompted as many questions as answers regarding the reality of regulating an industry and technology that evolves daily.

The Facebook CEO held his own, politely answering a barrage of questions, and often from lawmakers who did not appear to understand the fundamentals of the Facebook platform itself.

In direct response to Facebook's actions, Zuckerberg outlined measures theyare taking to rectify the situation and ensure privacy of users, including:
* Working with US, UK and other governments on an investigation and audit
of Cambridge Analytica's "improper" acquisition of users' information.
* Full audit of every app on Facebook with history prior to 2014.
* Restricting third-party app access to user's content, events and groups.
* Removal of search option by phone number or an email address                                     * A new privacy policy that fully clarifies and explains data use to users.

The Facebook breach is, appropriately, a pioneering experience in what can be expected in the coming years as we navigate a still untamed tech world.

Several proposed internet privacy bills were introduced in the House and Senate this week.  DemList will keep you informed!

March 12, 2021 President Joseph Biden signed the American Rescue Plan Act of 2021 into law yesterday, delivering a major victory for both his administration and the American people. Passage of the...