Two of those states are important to Democrats' hopes of retaining control of the US Senate, while also testing Trump’s influence over GOP voters in the primaries. 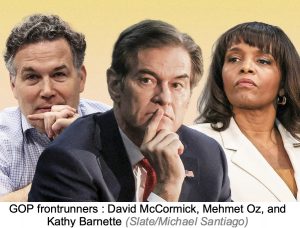 Fetterman, who suffered a mild stroke over the weekend, is "recovering quickly," and published a video of himself speaking normally, saying “our campaign isn’t slowing down.” The last-minute development is not expected to change the trajectory of the outcome. 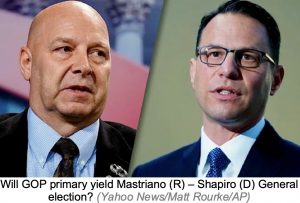 On the ballot: US Senate, US House (17, lost one due to redistricting), Governor, Lieutenant Governor, State Senate and State House. 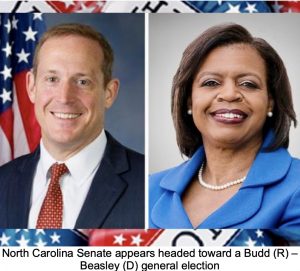 CONGRESS
In the Eleventh CD, Trump-endorsed and scandal-plagued freshman Republican Madison Cawthorn is facing seven Republican primary opponents, including State Senator Chuck Edwards, who has the support of US Senator Tim Tillis. 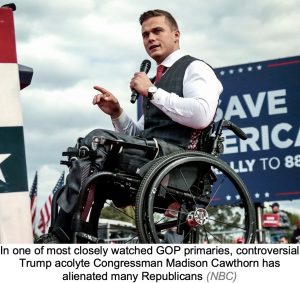 A field of six Democratic primary contenders is being led by Buncombe County Commissioner and pastor Jasmine Beach-Ferrara.

Race to watch: The Republican gubernatorial primary which features a matchup between incumbent Governor Brad Little who is being challenged by his Lieutenant Governor, Janice McGeachin, who has been endorsed by Trump. 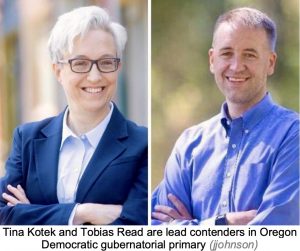 Race to watch: The open gubernatorial contest, vacated by Democratic Governor Kate Brown, who is term-limited. Both parties are fielding primaries of 15 or more candidates.