In presidential primaries, "Super Tuesday" refers to the first Tuesday, usually in February or March, when the greatest number of states hold their primaries or caucuses on the same day.

In the "off" presidential year, or mid-term elections, there are seven Tuesdays with four or more state primaries grouped on one day.  Today's Super Tuesday primaries are Idaho, Nebraska, Oregon & Pennsylvania.

IDAHO
Landscape: Idaho, where Trump won with 59.2% of the vote, is an historically red state, represented by Republicans James Risch and Mike Crapo in the United States Senate, and GOP incumbents Michael Simpson and Raúl Labrador in the US House. 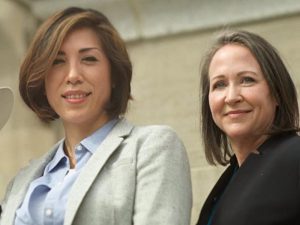 Republicans also have a state government trifecta with control of the governor's mansion and both chambers of the legislature.

To Watch: With the retirement of sitting three-term Republican Governor Butch Otter, Idaho became one of 16 open gubernatorial seats this year, and one of 36 total Governors races up in 2018.

Although rated "solidly Republican," any open seat in these midterms is worthy of attention -- for the voting patterns, if not the final outcome. The First Congressional District is also an open seat, vacated by Labrador to run for Governor.

NEBRASKA
Landscape: Nebraska also falls in the solidly red category, having voted Republican in every presidential contest since 1968, including 58.7% for Trump in 2016.

The "Cornhusker state" is represented in the US Senate by Republicans Ben Sasse and Deb Fischer, who is up for re-election, along with Republican House members Jeff Fortenberry, Don Bacon and Adrian Smith. 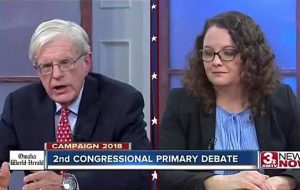 Nebraska is the only state with a unicameral, or one chamber legislature, and is officially nonpartisan, although currently credited to Republican control. Incumbent Governor, Pete Ricketts (R) is seeking re-election.

To Watch:  Nebraska's 2nd CD, a potential general election toss-up, where former Democratic Congressman Brad Ashford hopes for a rematch with incumbent Republican Don Bacon, who unseated Ashford in 2016. However, Ashford, a conservative Democrat who has the support of the DCCC, first needs to make it through a heated primary battle with nonprofit executive Kara Eastman, who is backed by national progressive groups, labor and state political figures.

OREGON
Landscape: Oregon has voted Democratic in each of the past eight presidential elections, awarding Hillary Clinton an 11 point victory over Donald Trump in 2016. The "Beaver state" has two Democratic US Senators, Ron Wyden and Jeff Merkley, and a blue state government trifecta with Democratic Governor Kate Brown and control of both chambers of the legislature. 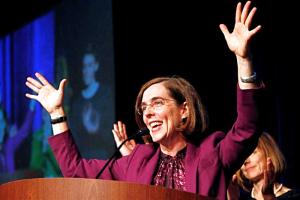 Oregon Governor Kate Brown is up for reelection

Oregon's four Democratic and one Republican Member of Congress are currently favored to win reelection.

To Watch: Governor Kate Brown, who won a 2016 special election to fill the remaining term of Democratic Governor John Kitzhaber, is favored for re-election but a crowded field of nine Republicans are vying for the chance to face her in November.

PENNSYLVANIA
Landscape: In 2016 Donald Trump became the first Republican presidential candidate to win the state since 1988. His victory, by less than 1%, reflected the still divided politics of the crucial battleground state.

Republicans control both legislatures, which are up in November, as is Democratic Governor Tom Wolf, who is running for a second term.

Pennsylvania's two US Senators are Republican Pat Toomey and Democrat Bob Casey, who is up for reelection, along with the state's 18 Congressionals seats (11 Republicans, six Democrats, one vacant) - newly redrawn in February by the state Supreme Court after ruling the existing map, used since 2011, was unconstitutionally gerrymandered. 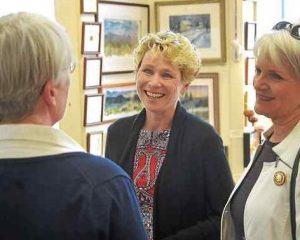 With the shift in lines, and a record  resignations and retirements, Democrats are favored to pick up four to seven seats.