Four southern states will be voting today, providing the largest insight yet into the mood of voters below the Mason-Dixon line.

Primaries will be held Arkansas, Georgia and Kentucky, as well as runoff elections in Texas. 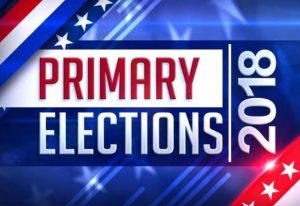 To Watch: Second Congressional District Democratic primary where State Representative Clarke Tucker, teacher Paul Spencer and two others are competing for the chance to unseat French Hill (R) in the leaning Republican seat. 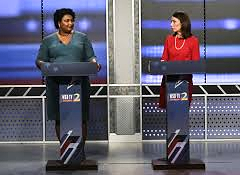 Whether Stacey Evans, who is white, or Stacey Abrams, who is black, the winner will become the first female nominee for Governor from a major party in Georgia's history.  If it is Abrams, who sewed up most of the national progressive support, she will also become our country's first black female Governor.  A May 15-16 FOX 5 Atlanta poll showed Abrams up with 58.2%, to Evans' 19% and 23% undecided. 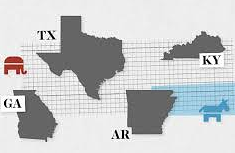 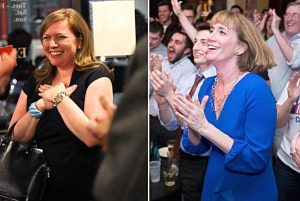 Lizzie Fletcher and Laura Moser are in the Democratic runoff for the 7th CD, where incumbent John Culberson (R) is vulnerable (pic: TxTribune)

In the Texas primary elections March 6th, if no candidate received 50+% of the vote, then the two top vote-getters from that race advanced to a second round of balloting - in today's runoff elections. That happened in 33 races for statewide office, Congress and the Texas Legislature.

To Watch: The Democratic match in the 7th Congressional District (Houston), considered a potential red-to-blue flip, and races in the 21st, 23rd and 32nd CDs.

June 28, 2017  One of the great traditions of our country is paying tribute to the history and contribution of various ethnic, advocacy and cultural groups on the US calendar. First declared...