Now a year and a half into the investigation of Russia-Trump collusion and interference with the 2016 presidential election, the public is finally starting to see the results of the special counsel's efforts.

A review of the actions, indictments and convictions resulting from Robert Mueller's closely-held investigation, to-date, however, reveals a slow, meticulous and methodical rollout of successful prosecutions that started just six months into the operation.

While the country awaits the final outcome of the maze of investigations surrounding President Trump, his campaign and his administration -- DemList offers an update on the special counsel's investigation. 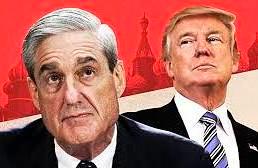 The Special Counsel
On May 17, 2017 former FBI Director Robert Mueller was appointed as the Special Counsel to oversee the investigation into Russian interference in the 2016 election, and into ties between President Trump's campaign and Russian officials.

The investigation falls under the jurisdiction of the Department of Justice (DOJ) and is separate from at least three Congressional probes President Trump and his advisors have or are expected to face.

To-date, the Mueller investigation has resulted in multiple indictments and convictions, including:

December, 2017
Michael Flynn, former Trump National Security Adviser and Campaign Advisor: Pleaded guilty to lying to FBI agents about his conversations with the Russian Ambassador Sergey I. Kislyak the month after Trump was elected, and about his lobbying efforts on behalf of the Turkish government before the election.

On December 18, 2018 a federal judge agreed to postpone Flynn's sentencing for 90 days, to allow the former three-star general to cooperate more with the special counsel in hopes of avoiding a prison term.

February, 2018
13 Russians and three Russian companies: Charged with committing federal crimes while seeking to interfere in the United States political system, including the 2016 presidential election. 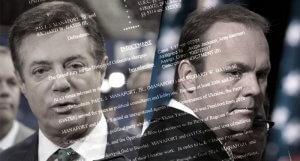 In October, 2017 Gates, along with business partner Paul Manafort, were charged with 12 counts of conspiracy against the United States, including laundering money, illegal foreign lobbying, lying to federal agents and other charges related to their work for the government of Ukraine and a Russia-affiliated Ukrainian political party.

Gates testified against Manafort as the prosecution's star witness in its case in Virginia.

April, 2018
Alex Van der Zwaan, a London-based Dutch attorney with Skadden Arps, son-in-law of Ukranian-Russian oligarch German Khan, co-founder of Alfa Bank:  Sentenced to 30 days in prison and fined $20,000 for lying to special counsel investigators about his work with Gates for the Ukrainian political party, which was aligned with Russia. After serving his time, Van der Zwaan was deported back to the Netherlands in June. 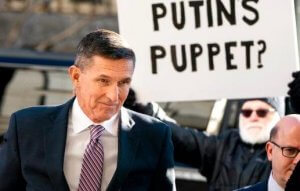 An additional 10 counts regarding money laundering and failing to register as a foreign agent were dismissed as a part of a September plea deal to cooperate with Special Counsel Mueller's investigation.

Samuel Patten, Republican Lobbyist and business partner of Russian intelligence contact: Pleaded guilty to unregistered lobbying on behalf of Ukrainian interests in the US. 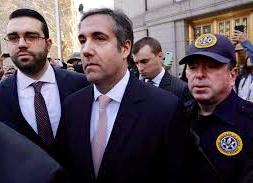 October, 2018
Richard Pinedo, California computer scammer: Sentenced to six months in prison and six months of home confinement for aiding and abetting interstate and foreign identity fraud by engaging in a scheme to sell fake online identities that were used by the 13 Russians indicted by Mueller for 2016 election interference.

December, 2018
Michael Cohen, Trump's former personal lawyer: Sentenced to three years after pleading guilty to nine federal charges including tax fraud, campaign finance violations and other charges stemming from secret payments to women who claimed they had affairs with Trump -- therefore attempting to influence the 2016 election at the direction of a candidate for federal office.

The Special Counsel investigation, how ever, is just one of seven different legal entities or prosecutors pursuing investigations involving President Trump personally. These include Russia, foreign money and influence, the Trump campaign, inauguration, White House, the Trump Organization, his foundation and business enterprises.

Those do not include Congressional investigations, or inquiries involving other administration officials. 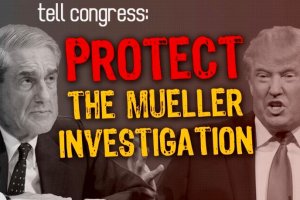 If the Mueller investigation is allowed to continue to completion, the already unprecedented scope of legal allegations against the President is likely to expand.

In an attempt to ensure that Mueller's efforts are unhindered, the Senate Judiciary Committee earlier this year approved bipartisan legislation to protect the Special Counsel from dismissal by the President. On Wednesday, for the third time, Republicans blocked the bill from a floor vote and passage.