Opinion polling is a critical mainstay of politics and the most effective tool, done correctly, for explaining the factors that will infuence the outcome of an election.

History
The first known opinion, or "straw" poll was conducted in the 1824 presidential contest between Andrew Jackson and John Quincy Adams by The Aru Pennsylvanian. The poll, showing Jackson leading 335 votes to 169 votes, accurately predicted Jackson's popular vote victory in the state.

The Literary Digest conducted the first known national survey in 1916, via mailed postcards and returns, correctly predicting Woodrow Wilson's election as president and, subsequently the victories of Warren Harding in 1920, Calvin Coolidge in 1924, Herbert Hoover in 1928, and Franklin Roosevelt in 1932. 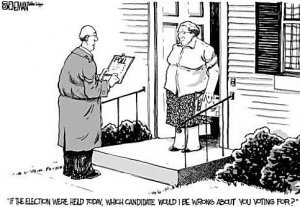 The Gallup Corporation remains one of the most reliable polling institutions today, along with Pew Research and the national media networks, which invest significantly in regular polling.

Types of Polls
There are three major types of political polls:

A Benchmark Poll is usually the first poll taken in a campaign to provide a candidate with a snapshot of where they stand among likely voters and, if affordable, before deciding to run for office. The lengthy survey measures their name identification (ID), strengths and weaknesses, and most effective message on issues of importance to, and among, targeted voters. [Cost/Congressional: $20,000-$30,000]

A Brushfire Poll is one taken during the period between the benchmark and tracking polls, to determine a candidate's progress with the voters and to gauge the effect of developments in the race. The number of brushfire polls depends on the campaign budget and strategy around using the results to shape or re-frame their message on an issue, target a voting demographic, or respond to an opponent's attacks. [Cost/Congressional: $12,000-$15,000]

A Tracking Poll is a "rolling" poll which tracks voter responses over a number of consecutive periods, usually three to five days, and a candidate's progress and fine-tune's advertising strategies going into the final days of an election. [Cost/Congressional: $8,000-$12,000] 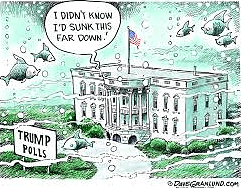 Methodology
Although polling is based on mathematical calculation, its application and interpretation is truly an art form -- as important as the numbers themselves.

The survey language, number and order of the questions is cricial to avoid influencing the results of the poll.

To accurately gauge the opinion of a nation, state or district, a political "pollster," or consultant, must use a perfectly random sample and then adjust, or weight, the sample so that it closely matches the characteristics of that population. If 50% of voters are female, then 50% of the sample group needs to be female. The same applies to characteristics like age, race and geographic location.

The most popular method is through random digit dialing (RDD) which utilizes an updated database of active landline and cell numbers. In primaries, the survey is draw from a list of established primary voters.

The validity of online polling is still of great debate within the political industry as it excludes a proportionate representation of some demographic groups, like seniors and low-income voters who may not have personal email addresses.

A poll must also reflect the "margin of error," which measures the effects of chance and uncertainty between the sample and population, and is defined as the radius of a 95% confidence interval for a particular statistic. 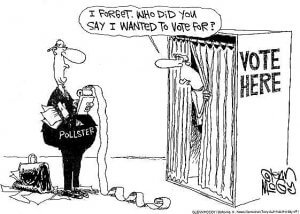 Democratic Pollster Brad Bannon offered an example: "NBC News recently did a poll of voters for the Tennessee Senate race: Democratic candidate former Governor Phil Bredesen led his GOP opponent, Representative Marsha Blackburn, 46% to 44%. The survey has a margin of error of plus or minus 5%.

The 2% Bredensen edge does not mean he is ahead. His support only means there is a 95% probability that the Democrat's vote is somewhere between 51% and 41%, while Blackburn's support is somewhere in the range of 49% to 39%. Who's really ahead is anybody's guess."

October 1, 2019 The Democratic National Committee (DNC) is expanding its operations in eight battleground states, underscoring the Party’s investment in state-level organizing and in key...

June 23, 2021 The first round of results for yesterday’s New York primary elections are in, but the final outcome of many races, including the New York City mayoral election, will not be...

April 21, 2021 Yesterday’s verdict in the George Floyd murder trial was one of the most anticipated court decisions in recent history, marking a turning point in a chapter in US history that...