The new Biden administration is well underway, with a rollout this week of the President-Elect's first picks. 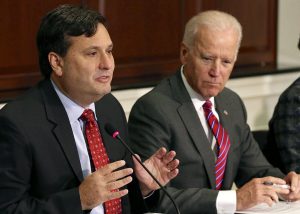 Traditionally, the president-elect announces his cabinet nominees between Thanksgiving and Christmas, in order to prepare for the transition and confirmation hearings, which will begin immediately after the new Senate is sworn in on January 3, 2021.

There are approximately 4,000 Presidential or "political" appointees, 1,270 of which require Senate approval, including Cabinet secretaries, agency directors and ambassadors.

The Cabinet includes the Vice President and the heads of 15 executive departments, which are responsible for the day-to-day enforcement and administration of federal laws.

Members of the Cabinet also fall in the presidential line of succession. 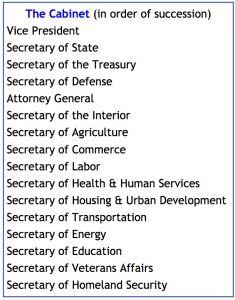 Other "Cabinet-level" positions in the current or past administrations include:

Additional positions, like Chair of the Council of Economic Advisors, were de-elevated from the Cabinet-level under Trump, but may change under the Biden administration. 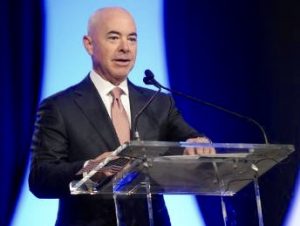 The Status of Transition
While the hope is to confirm the top 15 Cabinet positions by Inauguration January 20, 2021, it may take up to six months to complete all Senate confirmations.

As a part of the transition, Agency Review Teams have been established, comprised of experienced professionals in policy areas across the federal government and sectors of the population that are tasked with ensuring a smooth transfer of power within each agency to the Biden-Harris administration.

Funding of their work and the rest of the transition is done through an appropriation by the General Services Administration, which has yet to officially "ascertain" that Biden is the winner of the election and release the subsequent money and materials for moving forward with the transition.

In response to a letter from House Leadership requesting an explanation by today, Trump's GSA Administrator Emily Murphy responded by assigning her Deputy to meet with lawmakers next week.

Tomorrow: A Deeper Dive on The Cabinet, who has been nominated and the contenders!

SignUp for the DemDaily Updates on the issues, politics and the players