Although there are only five presidential primaries left in the season, over half of the regularly-scheduled state primaries for statewide executive offices, legislature and congressional seats are still to be held between now and the end of the year. 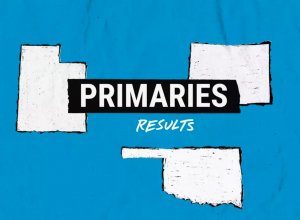 Among those are yesterday's primaries in Colorado, Oklahoma and Utah which were executed somewhat seamlessly, for the first time by majority mail-in and absentee balloting, amid the challenges of the coronavirus pandemic.

Although the results will not be made official until all mail ballots are counted over the next few weeks, the initial outcome appears to have narrowed the nominees in several key congressional contests.

COLORADO
In the Democratic primary for the US Senate race to face the GOP's most vulnerable Senator, Cory Gardner, former Governor John Hickenlooper prevailed over an unexpectedly competitive challenge from former State House Speaker Andrew Romanoff.

With 88% reporting, Hickenlooper, who was a presidential candidate before dropping out of the primary last August to run for the Senate seat, garned 59.5% to Romanoff's 40.5%. 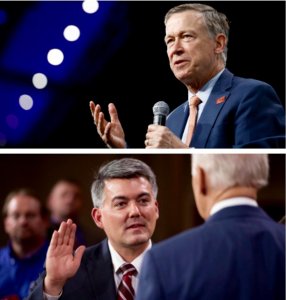 In a race that may decide control of the US Senate, Hickenlooper (above) will challenge GOP incumbent Gardner (AP)

Colorado, which Hillary Clinton won by 5 points over Donald Trump in 2016, has been shifting left in voter preference, giving hope to the more progressive Romanoff, who drew national organizational and financial support from liberal Democrats.

Hickenlooper, however, was the establishment favorite, having served as Colorado's popular Governor from 2011 to 2019.

In the toss-up general election, Hickenlooper will face first-term Republican Cory Gardner, who unseated Democratic incumbent Mark Udall 48.2% to 46.3% in 2014, and is one of two Republicans who are now up in states won by Hillary Clinton.

Boebert, a far-right conservative who owns a restaurant where the servers are allowed to openly carry guns, gained attention for defying recent state orders to shut down her business during COVID-19 restrictions. 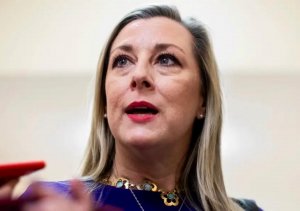 OKLAHOMA
In the Fifth Congressional District GOP primary, businesswoman Terry Neese (with 36.5%) and State Senator Stephanie Bice (with 25.4%) beat out seven other competitors to advance to an August 25th run-off election for the nomination to challenge freshman Democratic Congresswoman Kendra Horn.

Horn unseated two-term Congressman Steve Russell by just 1.5 points in 2018 in the Oklahoma City-based seat which has been held for over four decades by the GOP, and which Trump won by 13 points in 2016.

Although one of Democrats' most vulnerable incumbents, Horn naintains a significant fundraising advantage, having raised close to $3.3 million, compared to Neese's $980,000 and Bice's $1,074,000, at the end of the first quarter.

In Oklahoma's closely-watched ballot initiative, voters passed, by 50.5% to 49.5%, an expansion of Medicaid, providing an estimated 200,000 more Oklahomans with benefits. 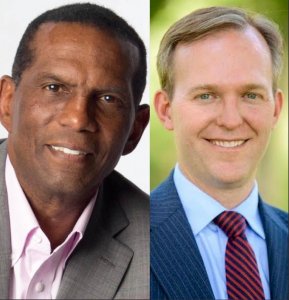 Huntsman, who served as the 16th Governor of Utah (2005-2009), Ambassador to China under President Obama, and as Ambassador to Russia under Trump through last October, had hoped to stage a comeback for his old seat, but the more moderate Cox seems to have benefited from the all-mail primary. 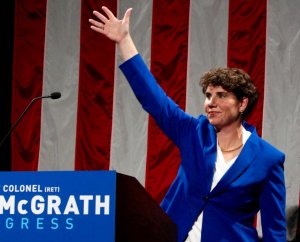 Although the 4th CD is among the most Republican districts in the country to be represented by a Democrat, McAdams is still given the edge as a popular incumbent who has amassed a huge war chest of over $2 million on-hand at the end of the first quarter.

McAdams also garnered sympathy in the midst of the novel coronavirus pandemic as the second member of Congress to contract the disease.

UPDATE ON THE OUTSTANDING

Kentucky
The close Democratic primary for the nomination to face US Senate Majority Leader Mitch McConnell, has been called for retired Marine fighter pilot Amy McGrath, who edged out State Representative Charles Booker 45.4% to 42.6%.

As with other states, the final primary results were delayed awaiting the counting of the majority mail-in ballots cast due to the coronavirus crisis.

New York
In New York's primary, also held on June 23rd, final results are not expected for another week, as thousands of ballots, accepted if postmarked by election day, have yet to be counted. 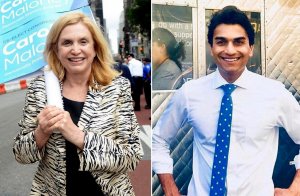 Most-watched is the Democratic primary in the 12th Congressional District, where four-term Congresswoman Carolyn Maloney narrowly leads Suraj Patel, 40.34% to 38.75%.

The Democratic primary in the First Congressional District is also too close to call, where Perry Gershon leads 35.5% to Nancy Goroff's 34.4%, and Bridget Fleming's 27.9% in the race to challenge three-term incumbent Republican Lee Zeldin.

Presidential: Next up are the final presidential primaries in New Jersey and Delaware on July 7th, Louisiana on July 11th, Puerto Rico on July 12th, and Connecticut on August 11th.