With all 435 House seats on the ballot, at least 65 of which hang in the balance, there was bi-partisan interest in wrapping up and returning to their Districts for the final five weeks of the election.

Members rushed to reach a compromise on several key bills - while postponing some of the more politically sensitive votes until the December Lame Duck final session (called after the election, but before Obama is out of office).

Progress
Government Shutdown Averted: In the late Wednesday night session, the House approved a stop-gap funding bill to keep the federal government operating from October 1 until December 9th. Also known as a continuing resolution, it averted a government shutdown until lawmakers return post-election. The Senate approved the bill, 72-26, earlier in the day.

Zika Funding: the resolution also budgets $1.1 billion to combat the growth of the Zika virus, which has made its way from South America to the US, and most recently impacted Puerto Rico and Florida.

Flood Relief: The bill also includes $500 million for flood relief in Louisiana and other states.

By a vote of 399-25, the House passed a wide-ranging water resources bill which contains $170 million in assistance to Flint, while the Senate version allocates $220 million. The two chambers are expected to hammer out a compromise after the November 8th elections.

The White House said President Obama will sign the measure and praised the progress on Flint.

No to 9/11 Victims: On last night's town hall with CNN's Jake 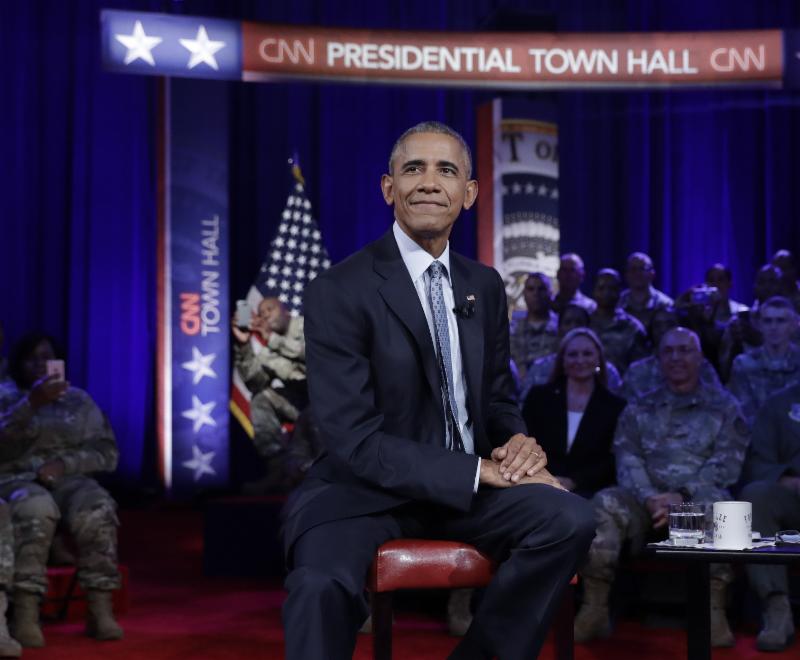 Tapper, President Obama criticized Congress' override of his veto of the Justice Against Sponsors of Terrorism Act which would allow 9/11 victims' families to sue Saudi Arabia for their losses.

Obama opposed the legislation, suggesting its' passage was politically motivated going into the final stretch of the election, and expressed deep concerns about the international precedent it sets moving forward.

"What this legislation did is, it said if a private citizen believes... that another country didn't do enough to stop one of its citizens in engaging in terrorism... they can file a personal lawsuit. The problem with that is that if we eliminate this notion of sovereign immunity, then our men and women in uniform around the world could potentially start seeing ourselves subject to reciprocal laws." - President Obama

With Congress finally out, the remaining Hill staffers, lobbyists and special interests are free to join the mass exodus from Capitol Hill to campaigns across the country.

39 Days to go. DemList will keep you informed!

April 5, 2019 The 2020 presidential field continues to expand, with one new candidate and at least four others waiting in the wings. Ohio Congressman Tim Ryan announced his candidacy on Wednesday...