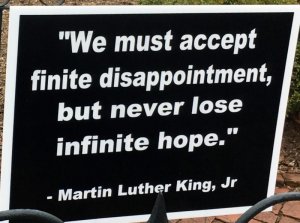 Two years ago signs went up all over Capitol Hill
in Washington, DC.

The quotes, from one of history's greatest voices,
were a message to the new President. 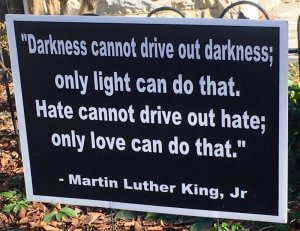 The words -- those of Martin Luther King, Jr, the legendarycivil rights leader who led the nonviolent movement to protest racial discrimination in the 1950s and 1960s. 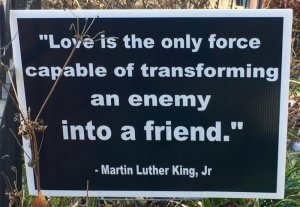 His courage and his actions spurred passage of
the Civil Rights Act of 1964 and inspired generations. 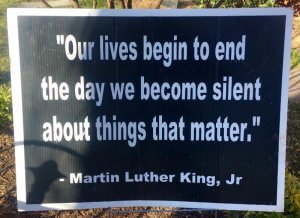 DemList relies primarily on individual support to keep
you informed. Please say thank you with a contribution
of $25, $50 or $100 today!

July 21, 2021 The Olympic Games, the world’s foremost sports competition, begin Friday in Tokyo, Japan under the cloud of a worldwide pandemic that has already delayed the event by a year...