It's time to march again.

This weekend marks the second anniversary of the 2017 Women's March on Washington, one of largest in the nation's history, and an unprecedented action in its opposition to the policies of a US President.

From the 600,000+ participants in Washington, DC, and in over 650 marches worldwide, a political movement arose that has since inspired millions more to vote and hundreds of women to run for elected office.

With the mission of harnessing the political power of diverse women and their communities to create transformative social change, the Women's March will again flood the streets of the nation's capital and in cities across the globe this Saturday, January 19th.

As a proud partner of the march, DemList invites you to join us! 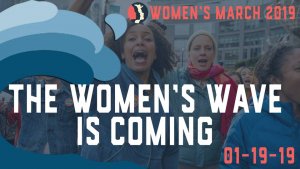 Values & Principles
The Women's March supports and believes in:
* Women's Rights are Human Rights and Human Rights are Women's Rights
* Gender Justice is Racial Justice is Economic Justice
* Women have the right to live full and healthy lives, free of all forms of violence against our bodies.
* Accountability and justice for police brutality, ending racial profiling of communities of color and Indigenous peoples.
* Dismantling the gender and racial inequities within the criminal justice system.
* An economy powered by transparency, accountability, security and equity.
* Equal pay for equal work and the right of all women to be paid equitably.
* Women of color and Indigenous women carry the heaviest burden in the global and domestic economic landscape, particularly in the care economy.
* All workers - including domestic and farm workers - must have the right to organize and fight for a living minimum wage, and that unions are critical to a healthy and thriving economy for all.
* Indigenous women's right to access, own, develop and control land and its resources.
* Women's issues are issues faced by women with disabilities and Deaf women.
* An all-inclusive Equal Rights Amendment to the U.S. Constitution.
* Immigrant and refugee rights regardless of status or country of origin. 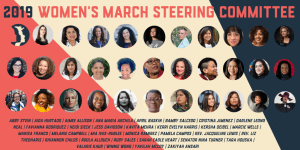 * The right to clean water, clean air, access to and enjoyment of public lands.*

*Working together to end war and live in peace with our sisters and brothers around the world.
* Reproductive Freedom
* LGBTQIA Rights are Human Rights
* Civil Rights are our birthright

Sister City Marches
Find a Sister March in your City or Country!

December 19, 2017 On Friday Republicans finalized their proposed tax plan and, with votes expected by the House and Senate in the next two days, the halls of Congress are overflowing with protests...