This month marks the fourth anniversary of the 2017 Women's March on Washington, one of largest in the nation's history, and an unprecedented action in its opposition to the policies of a US President. 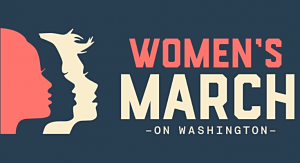 From the 600,000+ participants in Washington, DC, and in over 650 marches worldwide, a political movement arose that has since inspired millions more to vote and hundreds of women to run for elected office.

With the mission of harnessing the political power of diverse women and their communities to create transformative social change, the Women's March will again flood the streets of the nation's Capital and in cities across the globe on Saturday, January 18, 2020.

Women have suffered serious attacks under the current administration but we have also seen just what we are capable of when we fight together. In 2020 we need you to rise with us.

It's time to march again. As a proud partner of the march, DemList invites you to join us! 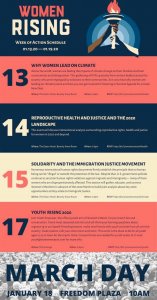 From the steps of Freedom Plaza, the march will go west down Pennsylvania Avenue, then south to Constitution Avenue and around the White House before returning to the Plaza.

Sister City Marches
Events are planned in over 200 US cities and in countries worldwide.
Find a Sister March in your City or Country!
Resources
Women's March Partners
FAQs & Logistics
Volunteer in DC 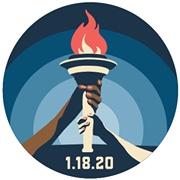 womensmarch.com/2020, #womensmarch2020,
@womensmarchonwash
Text "Women Rise" to 40649 for updates
Forward to a Friend and watch for DemList's March update next week!

Sign Up for DemList's Daily updates on issues, politics and the players

November 30, 2021 Last week, legendary Vermont Senator Patrick Leahy became the sixth US Senator to announce his retirement from Congress’ Upper Chamber. Leahy’s seat is one of 34 of...

March 4, 2021 To Remind Us to Laugh  On QAnon March 4th Conspiracy Theory Security is ramped up in DC due to the threat of violence around the QAnon conspiracy theory that March 4th would be...