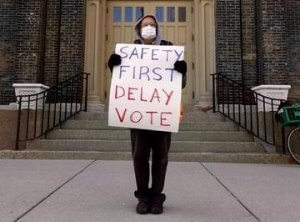 Wisconsin is the latest test of executive, legislative and legal authority regarding actions taken surrounding the coronavirus crisis, one that increasingly falls along political party lines.

For the last three weeks, as other states postponed or extended their primary voting due to the public health dangers, the Badger State has been under pressure to follow suit. However, Evers, who declared an emergency stay-at-home order on March 23rd, initially had said his hands were tied after failing to convince the state's Republican-controlled legislature to change the date.

Wisconsin state law is unclear on whether a change of Election Day may be granted under his authority or requires action by the state legislature.

On Monday morning, saying, "I cannot in good conscience allow any type of gathering that would further the spread of this disease and put more lives at risk," Evers issued an executive order delaying in-person voting until June 9th. 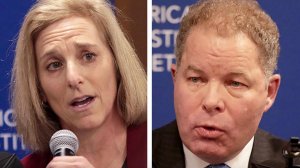 State Republican leaders filed an immediate challenge in the state's conservative Supreme Court, which overturned Evers' order by a 4-2 vote along ideological lines, with Justice Daniel Kelly, who is up for reelection in Tuesday's balloting, abstaining.

In the technically nonpartisan race, Kelly, who has been endorsed by President Donald Trump, is being challenged by liberal Dane County Circuit Judge Jill Karofsky in a critical contest for the 10-year court term.

On Monday night, shortly after the Wisconsin Supreme Court's ruling was announced, the US Supreme Court voted 5-4 along partisan lines to reverse a lower court order that extended the deadline for absentee ballots in the state. A federal appeals court on Friday had upheld a one-week extension, but it was opposed by state and national Republicans.

The last minute legal battle has caused widespread confusion and chaos in the state, where election officials reported 111 jurisdictions did not have enough people to staff a single polling place, as poll workers were quitting out of fears of contracting the coronavirus during today's election. 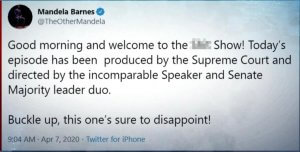 In Milwaukee, 180 polling locations have been reduced to just five, prompting long lines and crowds that further endanger the lives of citizens forced to decide between their own safety and participating in the democratic process.

Evers has called on members of the Wisconsin Army National Guard to help as poll workers but it is unclear how many soldiers have been made available in each county.

Wisconsin, which is still not expected to meet its peak "resource use," or COVID-19 impact, for another ten days, has reported more than 2,500 confirmed cases of the virus and 85 deaths.

Fifteen states have now postponed or extended mail-in voting in their presidential primary contests, and the Democratic National Convention, scheduled to take place July 13-16th in Milwaukee, Wisconsin, has been postponed to the week of August 17th. 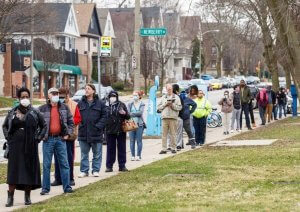 Wisconsin's primary was also expected to be a potential turning point in the national Democratic primary race, which has narrowed to a two-way contest, with former Vice President Joe Biden leading the delegate count with 1217 to Senator Bernie Sanders' 914.

Although Sanders handily beat Hillary Clinton by 13% in the state in 2016, a March 24-29, 2020 Marquette University poll showed Biden leading Sanders 62% to 34%. Any decision by Sanders regarding his campaign is likely to be delayed until after the new April 13th date for counting Wisconsin's absentee ballots.