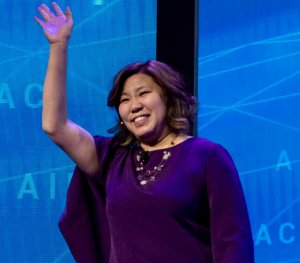 The fastest growing racial group in the country is Asian American and Pacific Islanders (AAPI), and both parties are actively wooing this valuable voting bloc.

AAPIs comprise approximately 6.4% of the US population and 4% of the voting electorate.  While they have moved left in recent years, Asian American voters are still largely up for grabs.

According to figures from the last presidential race, a combined 44% of Asian Americans either said they weren't registered to vote or had no response to that question, and nearly two in five still didn't identify as either a Democrat or Republican.

2018, however, was encouraging for Democrats, who are making an investment in outreach to the AAPI community, which is expected to double in size by 2040.

Asian American voters are making an impact. In 2018 there were 37 congressional races in 17 different states where the AAPI electorate was greater than the margin of victory. 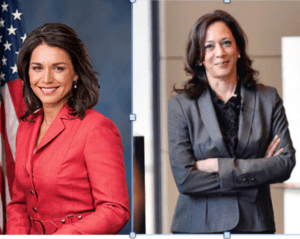 According to an October, 2018 APIAVote survey, Asian American registered voters held a net unfavorable view of the Republican Party, with 52% viewing the party unfavorably and 34% viewing it favorably.

The 2018 midterms also ushered in three new AAPI freshmen, bringing the total of Asian-American and Pacific Islanders in Congress to an all-time high of 20, only one of which is a Republican.

These include three US Senators, two of which are running for US President, 14 Members of the House, and *three non-voting Delegates from US Territories.

The Democratic Party also holds a sizable advantage on most issues of importance to AAPI voters, with the greatest gaps found on the environment, racial discrimination, health care, and gun control.

Republicans, however, fare stronger on issues like taxes, jobs and the economy, and national security.

However, while Democrats may be winning the battle for the Asian American vote, the race is far from over.

This is an increasingly important electoral force at the polls - - and one that will require a full courtship if we are to cross the finish line together.