As the chief lawyer for the US federal government and head of the United States Department of Justice,
the next US Attorney General will control Special Counsel Robert Mueller's investigation into Russia's interference in the 2016 US Presidential election and possible collusion between Moscow and the Trump campaign. 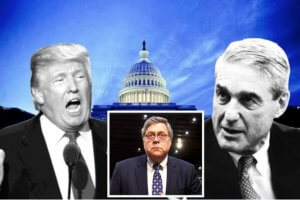 That person is likely to be William Barr.

A native New Yorker, Barr received his B.A and M.A. from Columbia University and his law degree from George Washington University.

From 1973 to 1977, Barr was employed by the Central Intelligence Agency, followed by a one-year tenure as law clerk to Judge Malcolm Wilkey of the US Court of Appeals for the District of Columbia Circuit.

He served on the domestic policy staff at the Reagan White House from 1982 to 1983, before going on to private practice with the Washington law firm of Shaw, Pittman, Potts & Trowbridge.

In 1990 Barr was appointed Deputy Attorney General where he took hardline immigration stances, advocating for the use of Guantanamo Bay to prevent Haitian refugees and HIV infected individuals from claiming asylum in the United States.

Upon leaving the DOJ in 1994, Barr was appointed by Virginia Governor George Allen to co-chair a commission to reform the criminal justice system and abolish parole in the state. The same year he became Executive Vice President and General Counsel of GTE Corporation, where he served for 14 years, and from 2010 to 2017 worked with the law firm of Kirkland & Ellis. 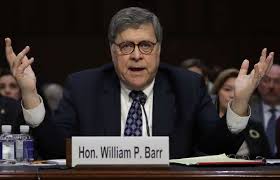 The Next Attorney General?
According to YahooNews, Trump had tried to hire Barr as his chief defense lawyer regarding the Mueller investigation after Barr wrote an Op-Ed in The Washington Post in May of 2017, vigorously defending the President's firing of former FBI Director James Comey.

Barr has also publicly criticized the Special Counsel's conduct and questioned the appointments of some of Mueller's prosecutors due to political donations they had made to the Clinton campaign.

Most significantly, Barr penned an unsolicited 20-page memo to the Department of Justice last year critiquing Mueller's investigation into the Russian election interference.

This week, on January 15th and 16th, William Barr appeared before the Senate Judiciary Committee for his confirmation hearings.

Barr was vehement in his pledge to protect Special Counsel Mueller's investigation and see it through to completion, but would not commit to releasing the final report publicly or in its entirety.

Barr is expected to be confirmed next month by the Republican-controlled Senate.