At the center of the debate, and passage, of President Biden's $3.5 trillion spending plan is West Virginia Senator Joe Manchin, a centrist Democrat who has emerged as perhaps the most influential member in an evenly divided US Senate. 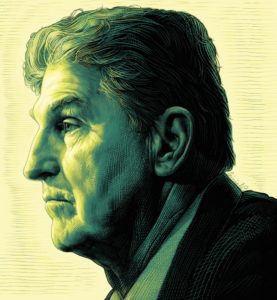 As a uniquely powerful swing vote, the red-state Democrat has de facto veto power over the outcome of major policy votes and an outsized voice in dictating the legislative agendas of Congress and the White House.

To some, Manchin is a moderate icon for a party that has veered too far to the left, while others paint him as a progressive foil and threat to Biden's agenda, deeming him a Democrat-in-name-only.

Manchin, who describes himself as "fiscally responsible and socially compassionate," says he is driven by a fundamental faith in bipartisanship.

Regardless, in a state that Biden lost by thirty-nine points in 2020, Manchin has won six straight statewide elections and may be all that stands between Democrats and a Republican Senate majority.

On a wall in Manchin's Hart Senate office is a poster with a quote from John F. Kennedy, "Let us not seek the Republican answer or the Democratic answer, but the right answer."

Who Is Joe Manchin?

Born in the small coal mining town of Farmington, West Virginia in 1947, he is the second of five children of Mary (née Gouzd) Manchin, whose parents were Czechoslovak immigrants, and John Manchin, who was of Italian descent. The name "Manchin" was derived from the Italian name "Mancini." 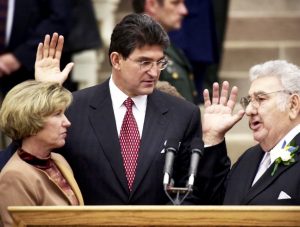 He grew up in a political family. Both his father, who owned a furniture store, and his grandfather, Joseph Manchin, a grocery store owner, served as Mayor of Farmington. His uncle, AJ Manchin, was a state representative, Secretary of State and Treasurer.

Joe entered West Virginia University on a football scholarship, but an early injury cut short his athletic career. After graduating in 1970 with a degree in business administration, he worked in the family businesses until founding the coal brokerage Enersystems in 1988.

Although he turned over control of the firm to his son Joseph in 2000, Manchin draws approximately $500,000 annually from the company and owns as much as $5 million in non-public stock.

A Catholic, Manchin has been married since 1967 to Gayle (née Conelly) Manchin, who is currently Federal Co-Chair of the Appalachian Regional Commission. They have three children and ten grandchildren.

In 1982, at age 35, Joe Manchin was elected to the West Virginia House of Delegates and in 1986 to the State Senate. After a failed bid for the 1996 Democratic nomination for governor, he was elected Secretary of State in 2000. 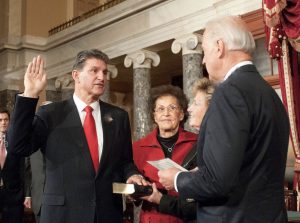 In 2004, Manchin announced a primary challenge to incumbent Democratic Governor Bob Wise, who subsequently withdrew from the race after a scandal. Manchin won the general election against Republican Monty Warner by almost 30%.

Manchin was sworn into the United States Senate in 2010 after winning the special election to fill the remaining term of the late Senator Bob Byrd, who had held the seat since 1959. Manchin defeated businessman John Raese (R) 54%-43% in the general election. In a rematch with Raese in 2012, Manchin won reelection to a first full term, 60.7%-36.5%.

In the 2012 presidential election, Manchin declined to endorse President Barack Obama, finding fault with Obama's economic and energy policies. In West Virginia, which has supported the GOP presidential candidate since 2000, Romney won with 62%. 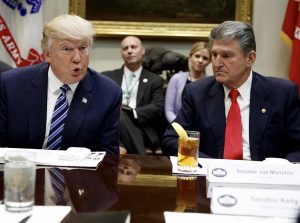 In late 2018, Manchin's website bragged, "Since President Trump was inaugurated, no Senator has split with their party more often than Senator Manchin" (Evan Vucci/AP)

In 2016, Trump swept West Virginia by 42 points, prompting concerns about Manchin's 2018 reelection chances. Manchin, however, embraced some of Trump's positions, voting with him 50.4% of the time. He was the only Democratic Senator to vote to confirm Attorney General Jeff Sessions, Treasury Secretary Steven Mnuchin, and Trump's 2018 US Supreme Court pick, Brett Kavanaugh. Manchin did ultimately vote to convict Trump in both impeachment trials.

In the Senate, Manchin sits on the Appropriations Committee, Veterans' Affairs Committee, and Chairs the Committee on Energy and Natural Resources. On the Armed Services Committee, he chairs the Cybersecurity Subcommittee.

Manchin is opposed to Medicare For All, abolishing the filibuster, expanding the Supreme Court, increasing the federal minimum wage to $15 an hour, attempts to defund the police, and is the lone Democratic holdout on the Equality Act. He is pro-life but supports funding for Planned Parenthood.

Manchin is also considered an isolationist, long advocating for withdrawal of American troops from Afghanistan and having opposed most military interventions in Syria. 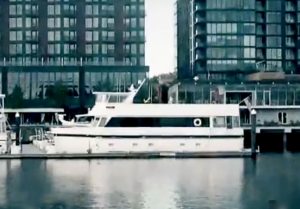 The American Conservative Union gives him a 26% rating, the US Chamber of Commerce 70%, the ACLU 52%, the American Energy Alliance 18%, League of Conservation Voters 54% and the National Education Association gave him an "A" for the 116th Congress.

Regardless, according to FiveThirtyEight, Manchin has so far voted in line with President Biden 100% of the time.

This week Senate Democrats introduced new voting rights legislation, dubbed the "Freedom to Vote Act," after reaching a compromise with Manchin, who is now a name co-sponsor on the bill.

However, unless Democrats can garner the support of ten GOP senators needed to break the filibuster threshold of 60, or overturn the filibuster rule itself, a move Manchin opposes, the legislation has little chance of passage. Senate Majority Leader Chuck Schumer (D-NY) said Manchin is in discussions with Republicans over the bill's fate.

So who, again, is Joe Manchin?

The Daily Show's Trevor Noah likened Manchin to "that annoying kid on your block who had a pool. Yeah, he hogged all the noodles and wouldn't let anyone use the diving board, but without him, there's no pool party."

DemDaily: Because Every Day is Veterans Day – Helmets to Hardhats

Today we officially honor our veterans, but there are organizations that pay tribute to their service by working every day to help veterans find jobs and resources.

July 2, 2019 In one of its most impactful decisions regarding our election system, the Supreme Court of the United States(SCOTUS) ruled last week that federal courts are powerless to intervene in...