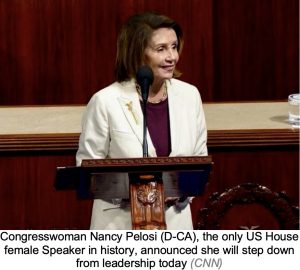 Women account for 52% of the population, but less than 30% of the current United States Congress.

While overall strides for women were made in the 2022 midterm elections, parity between representation and the nation's largest constituency is far from even.

WHERE WOMEN WON
US SENATE
Current: Democrats retained control of the US Senate with 50 seats to Republicans' 49, with the Georgia Senate race going to a December 6 runoff.

2022 Gains: Of the 36 Senate races up, only Pennsylvania flipped parties with John Fetterman's (D) victory. There was no change in female representation in the Senate, which stands at 24 women, including 16 Democrats and 8 Republicans.

US HOUSE
Current: Republicans have now gained control of the US House with 218 to Democrats' 211, and six races yet to be called. 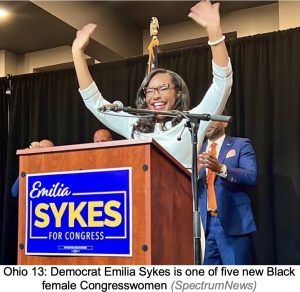 While 259 women secured the nomination of their party, the net number of female representatives in the 118th Congress is not expected to vary by more than two seats for either party.

Although women’s share of seats in Congress did not grow, the composition is slightly more diverse.

The next Congress will include 4 more Latina/Hispanic women, including Delia Ramirez (D) in Chicago's 4th District of Illinois, and Yadira Caraveo (D) in Colorado's 8th District, bringing the total to 13 Democrats and seven Republicans.

The next Congress will also welcome five freshman Black women, including Summer Lee (D) in the 34th District of Pennsylvania, who will be the first Black woman to represent the Keystone State in the House; and Emilia Sykes (D), who won the battleground 13th District of Ohio. They bring the total to 31 African American women in the House, all Democrats.

Jill Tokuda (D), who won Hawaii's 2nd District, is the only new Asian American or Pacific Islander (AAPI) Congresswoman. She joins six Democratic and one Republican AAPI women in the House.

If, following the November 23 ranked-choice tabulations, Democrat Mary Peltola is reelected to Alaska's at-large congressional seat, she will be one of two indigenous women in Congress, along with Native American Congresswoman Sharice Davids (D-KS). 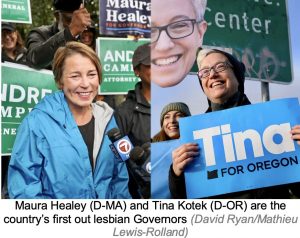 Becca Balint (D), who secured Vermont's at-large congressional seat, will be the first woman and first openly LGBT person to represent the state in the US House. Balint's victory also marks the first time that all 50 states have elected a woman to Congress, as Vermont was the final state to achieve that milestone.

2022 Gains: A record-breaking 12 women will serve as Governor next year, including eight Democrats and four Republicans. That brings the new national projected total to 24 Democrats to 26 Republicans. 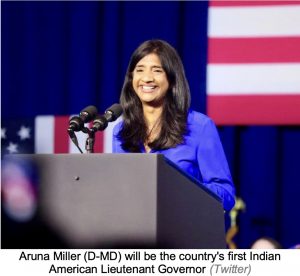 Democrat Aruna Miller, elected alongside Wes Moore in the Maryland gubernatorial, will be the country's first Indian American Lieutenant Governor and the first Asian American and first immigrant to hold elected statewide office in Maryland.

Of the country’s 47 Secretary of State offices, 27 were up for election and eight offices’ appointment authorities were on the ballot. Of the national projected total of 21 Democrats and 26 Republicans, seven are women.

That includes Michigan Secretary of State Jocelyn Benson (D), whose reelection was among the most closely watched due to her prominent role in defending Michigan's 2020 electoral results against Trump-affiliated election deniers. Newcomers Stephanie Thomas (D-CT) and Sarah Copeland Hanzas (D-VT) also successfully ran campaigns focused on maintaining election integrity in 2024.

Of the 34 State Attorney General races held on November 8, one, the GOP-controlled office in Arizona remains uncalled, where Democrat Kris Mayes leads Republican Abraham Hamadeh by 667 votes. If Mayes is victorious, it will bring the total count of AGs nationally to 22 Democrats to 28 Republicans. 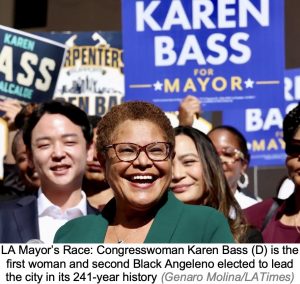 Of the 88 Legislative Chambers up for election on November 8, Democrats held all 36 of their current chambers and flipped an additional three for a total of 39 chambers to Republicans' 56.

There are still three outstanding chamber elections: the Alaska Senate and the New Hampshire House, which stands at 200 Republicans to 199 Democrats, with one seat in recount.

In the Pennsylvania House, Democrats and Republicans are tied at 101 seats, with one outstanding seat. Over 300 individual state legislative elections remain uncalled.

Women currently hold leadership positions in 88 of the 99 Legislative Chambers.