Do you vote in every election -- for your local officials, legislators and Congressional representative, or just in the Presidential every four years?

Historically Americans don't hit the ballot box as frequently in mid-term or "off-election" years in between the presidential elections. 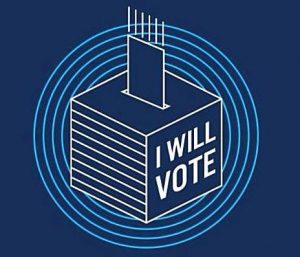 While the presidential elections have had turnouts of about 50-60% over the past 60 years, only about 40% of those eligible to vote actually go to the polls in midterm elections.

In 2018 all 435 Congressional seats, 36 Governors, state legislative and municipal races across the country will be up -- and the party outside the White House traditionally makes gains.  Now is our time.

As a part of their 2018 electoral strategy, the DNC has launched a new campaign to reach 50 million Americans across the country to commit to vote for Democrats this November.

IWillVote is an online and on-the-ground organizing initiative to connect voters nationwide with new innovative tools and technologies, with key partnerships to drive voters to the polls in the mid-terms -- when voting typically falls off.

The initiative is the latest in a series of major organizing and mobilizing efforts by Chairman Tom Perez and Deputy Chair Keith Ellison.  The two have criss-crossed the country over the last year, beginning with The Fight Back Tour, then Resistance Summer, and the most recent Winning With Partners Tour, building a growing coalition of over 200 national and state organizations. 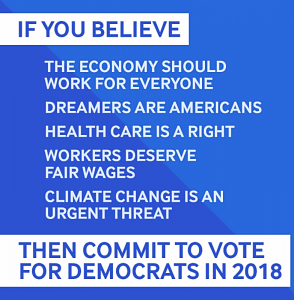 In addition to working with the Association of State Democratic Chairs (ASDC), Democratic Mayors in more than 30 cities, and other party arms, the DNC will proactively partner with the Congressional Black Caucus and key consituency and anti-Trump resistance groups.

The IWillVote campaign will also be a centerpiece of next week's Democratic National Committee meeting, which will be held March 8th to 10th in Washington, DC.  To kick off the three-day agenda, there will be a IWillVote Gala on Wednesday night.

The Democratic National Committee released the first draft of the 2016 Party Platform — the official plank of issues that define us as Democrats. “The unprecedented decision to expand...