Last Friday, President Biden issued an Executive Order forming the Presidential Commission on the Supreme Court of the United States, empaneling a bipartisan commission to examine possible reforms to the role and operation of the US Supreme Court. 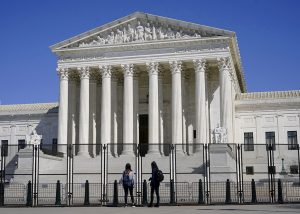 Among the issues the commission will be examining are the genesis of the reform debate, the court's role in the constitutional system, the length of service and turnover of justices on the court and the court's case selection, rules and practices.

They will also review whether there can or should be changes to the nomination and confirmation process, which in recent years has been altered significantly.

Foremost on the list is whether the number of justices should be increased, known as "court packing," which refers to nominating additional justices in order to restore its ideological balance.

Should Congress and a president decide that a court majority is too far out of line with their understanding of the Constitution and the law or public opinion, then adding seats to fill the court would rebalance the scales.

Background
While the Constitution establishes the framework for the federal judiciary, its jurisdiction and tenure, nowhere does it say how many judges any federal court must have - leaving the makeup of the Court for Congress to decide. 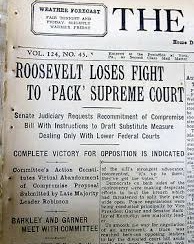 (FDR lost the Congressional fight, but won the political battle)

Although controversial on its face, it is a process that has been implemented several times throughout history.

Since 1789, the number of justices on the Court has changed seven times, the last of which was in 1869, with an increase from seven to nine - where It has stayed ever since.

President Franklin Delano Roosevelt tried in the 1930s to get Congress to expand the court, frustrated by its opposition to his popular New Deal legislation. He proposed a judicial overhaul plan that would allow him to appoint a new judge in all federal courts for every judge older than 70.

Although Congress bulked at the idea, the court, fearing its majority was imperiled, adjusted some votes to support New Deal legislation. The move was called "the switch in time that saved nine," as Roosevelt dropped his efforts, preserving the nine-justice bench.

Reshaping The Judiciary Under Trump
The idea of expanding the court gained momentum after the Republican-controlled Senate successfully blocked President Barack Obama's 2016 nominee to the bench, Merrick Garland, claiming an appointment should not be made during an election year. 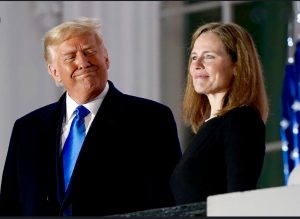 In a complete reversal of their election-year confirmation policy, Republicans confirmed Trump's third nominee, Justice Amy Coney Barrett, on October 26, 2020, just eight days before the presidential election and less than one month after the seat was vacated by the death of liberal Justice Ruth Bader Ginsberg.

Added to the controversy is that the three Justices were appointed by a president who lost the popular vote in his election, making their appointments less legitimate in the eyes of some, as the justices' decisions would be less reflective of the national preference.

In addition to sealing a 6-3 conservative majority on the US Supreme Court, Trump, with the help of Senate Republicans and Leader Mitch McConnell, swiftly "packed" more than 230 conservative judges on the federal bench, including 30% of the judges on the nation's court of appeals.

Indeed, more than a month after Trump lost his reelection, and before control of the Senate passed to Democrats, the Republican Senate was still confirming judges. Those came as Trump filed numerous lawsuits in an attempt to overturn the election, and as he was facing personal lawsuits at the state and federal levels. 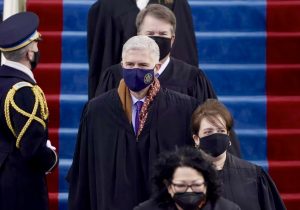 While the repercussions of those appointments will be felt for decades in the federal courts, their immediate influence on cases pending against the former President has yet to be determined.

Reforming The Judiciary Under Biden

In the 2020 presidential primary, Biden largely skirted the subject of "court packing," while as many as 11 of the other Democratic candidates expressed at least an openness to the idea.

In one debate, Senator Elizabeth Warren (D-MA), said, "It's not just about expansion, it's about depoliticizing the Supreme Court," and former Mayor Pete Buttigieg said, "We need to reform the Supreme Court in a way that will strengthen its independence and restore the American people's trust in it as a check to the presidency and the Congress."

The same month, in a Vice Presidential debate, Biden's then-running mate Kamala Harris focused not on expansion of the court, but on the lack of credentials and diversity of Trump's appointees to the federal bench as a reason for judicial reform. 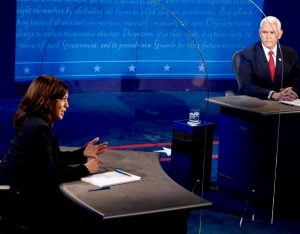 Harris characterised some of the appointees as "not competent" and "purely ideological," and pointed to the fact that "of the 50 people who President Trump appointed to the Court of Appeals for lifetime appointments, not one is Black."

Despite his reservations on court packing, candidate Biden made a commitment to form a commission to take up the larger issue of judicial reform if elected. "It's not about court packing. There's a number of other things that our constitutional scholars have debated, and I've looked to see what recommendations that commission might make," he said.

Delivering on that promise, Biden announced the Presidential Commission on the Supreme Court of the United States, hailing it as a "conscientious approach to studying the issue."

The Presidential Commission on SCOTUS
The bipartisan 36-member commission will be co-chaired by Bob Bauer, who led the Biden campaign's legal strategy, and Cristina Rodríguez, a Yale Law School professor and former Deputy Assistant Attorney General.

It includes a group of experts on the Court and the Court reform debate, legal scholars, former federal judges and practitioners who have appeared before the Court, as well as advocates for the reform of democratic institutions and of the administration of justice. 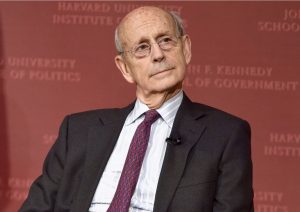 The expertise represented on the Commission includes constitutional law, history and political science.

The order directs the Commission to complete its report within 180 days of its first public meeting.

Passage of any major reforms would require a simple majority of both chambers of Congress. That is, unless, Republicans in the Senate filibuster.

December 17, 2020 In the most significant security breach of US government networks in more than five years, foreign hackers linked to Russian intelligence have penetrated the networks of at least...