Last Friday marked the 56th anniversary of Medicare and Medicaid, the two government-run, social insurance programs that provide health care to the most vulnerable of our citizens - the elderly, poor and disabled.

For over five decades Medicare and Medicaid have been a critical part of economic security for Americans. 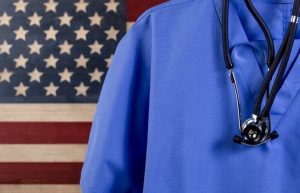 Medicaid and Medicare were a part of President Lyndon B. Johnson's Great Society domestic program, which launched in 1964 and focused on elimination of poverty and racial injustice.

Under President Barack Obama's Affordable Care Act (ACA), which was signed into law in March of 2010, Medicaid was expanded to include more preventative services and lower drug costs.

The ACA's major provisions came into force in 2014, and by 2016, an estimated 24 million additional Americans were covered by insurance -- in part due to the expansion of Medicaid eligibility.

Under the administration of Donald Trump, however, the GOP tried repeatedly to repeal Obama's landmark legislation, also known as "Obamacare." According to the Congressional Budget Office, Trump's original 2017 "repeal and replace" healthcare reform legislation, the American Health Care Act, would have gutted Medicaid with roughly $880 billion in cuts.

Trump's administration also provided a series of waivers for implementation of Medicaid to states, including limiting enrollment and allowing for imposition of a work requirement barrier between the uninsured and Medicaid.

The week he took office, President Joe Biden signed an executive order to take steps to "strengthen Medicaid and initiate an open enrollment period under the ACA," which Trump refused to do, even after the coronavirus pandemic hit. 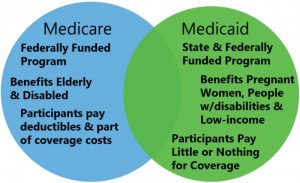 Five months later, two million more Americans have signed up for ACA and, under Biden's American Rescue Plan, nine million citizens who buy their coverage through the Affordable Care Act have lower premiums. Four out of five people can now find a quality plan with a premium of $10 or less per month.

Biden's Build Back Better agenda will expand on these efforts, including by adding dental, vision, and hearing coverage to Medicare, closing the Medicaid coverage gap for low-income Americans, and making the premium reductions in the American Rescue Plan permanent.

Medicare & Medicaid: How It Works
Medicare is a single-payer, national social health care program administered by the federal government and contracted private US insurance companies. 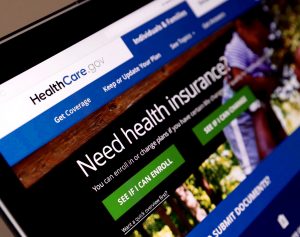 Medicaid is a means-tested social health care program that is jointly funded by federal and state governments, and managed by the states.

Medicaid is the largest source of funded medical and health-related services for US citizens and legal permanent residents, providing free health insurance to more than 74.2 million low-income and disabled people.

January 25, 2019 Day 35.  The impact of the Trump’s federal shutdown, the longest in US history, reached full crisis today — finally forcing the President to succumb to...

March 24, 2021 Just days after President Joseph Biden signed the American Rescue Plan Act of 2021 into law, the new administration kicked off its “Help Is Here Tour” to promote and...