Posted 6 days ago | by KimS | in Civil Rights, DemDaily

One year ago President Joe Biden signed into law H.R.1320, establishing Juneteenth Independence Day as a federal holiday, commemorating the end of slavery in the United States.

The legislation followed a historic year of civil unrest. One that demanded justice in the wake of a nationwide outcry over police brutality and systematic racism, compounded by a pandemic that disproportionately affected people and communities of color.

History
"Juneteenth" is a combination of "June" and "nineteenth," the day, in 1865, when Union soldiers announced in Galveston, Texas that all previously enslaved people were free -- more than two years after the Emancipation Proclamation went into effect. 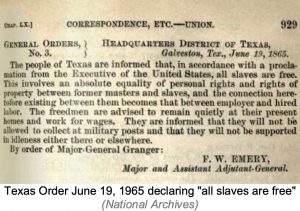 The Emancipation Proclamation was signed by President Abraham Lincoln on January 1, 1863, three years into the bloody American Civil War. It declared "that all persons held as slaves within any state," within the rebellious states, "are, and henceforward shall be free."

The institution of slavery, however, still existed in Union border states that did not declare secession from the Union and did not join the Confederacy.

To end the practice of slavery, it took Union soldiers riding through the South to enforce an order many slaves did not know existed. Texas was the most remote of the slave states, and the last holdout, finally freeing the quarter-million slaves residing in the state. 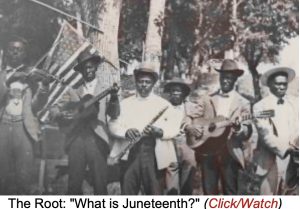 America's Second Independence Day
Juneteenth has since been celebrated as a de facto "second Independence Day" for many African Americans, commemorating the end of slavery and the beginning of a centuries-long struggle to live up to our country's founding promise of justice and equality for all.

Commemorations date back to 1866, with church-centered community gatherings in Texas, which eventually spread to more commercialized events across the South in the 1920s and 1930s.

Although recognition of the day waned in the wake of the Depression, Juneteenth celebrations experienced a resurgence following the civil rights struggles of the 1960s, focusing on African American freedom and arts.

On June 1, 1980, Texas became the first to officially recognize Juneteenth as a state holiday, and by the 21st century, Juneteenth was celebrated in most major cities and recognized annually in almost all states.

The federal holiday, at last, pays formal tribute to the contribution of Black people to the struggle for justice and equality in the United States, and to the importance of our shared history and goal of freedom from racism for all Americans. 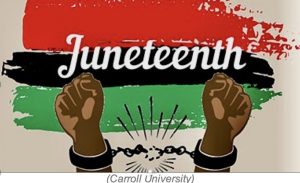 Enjoy your day of celebration!

Happy New Year!  For our DemList users we have compiled key Political, Congressional, Cultural and Holiday dates for what promises to be a very interesting 2016.  Enjoy!

Election news dominates the news cycle every four years — and this year, more than ever before — also provides the late night hosts with unlimited content. For a little reprieve from...