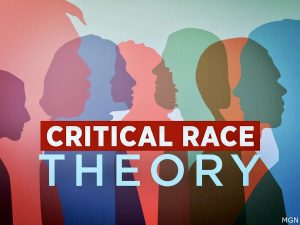 In his first executive order, signed hours after he was sworn in as the new Governor of Virginia on Saturday, Republican Glenn Youngkin banned "the use of divisive concepts, including critical race theory, in public education."

The order was entirely a political one, as critical race theory is not taught in the Old Dominion's schools. The issue, however, was a flashpoint in the Virginia governor's race and in other campaigns last year as a lightning rod for controversy and tool for conservatives in driving political discourse around the subject of racism. 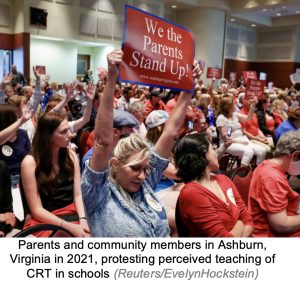 History
Although weaponized as a partisan issue in recent years, CRT actually originated in the late 1970s as a legal theory to evaluate systems of racism and examine how they have evolved and are perpetuated.

More specifically, CRT was created to examine Civil Rights legislation passed in the 1960s that failed to absolve race-based inequality, and to explore the connection between race and the American legal system.

Its origins can be traced to the early writings of civil rights lawyer Derrick Albert Bell Jr., who became Harvard Law School's first Black tenured professor in 1971, and who developed new courses that studied American law through a racial lens.

Critical race theory emerged as an intellectual movement in the 1980s, promoted under the umbrella of critical legal studies (CLS), which was co-founded by SUNY-Buffalo Law School professor Alan Freeman. By the late 1980s, however, Freeman, Bell, and other CRT scholars left the CLS movement claiming it was too narrowly focused on class and economic structures while neglecting the role of race and race relations in American law. 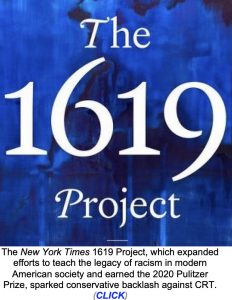 In 2020, the term "critical race theory" was hijacked by former President Donald Trump and conservatives, claiming it was an assault on white people and an affront to our country's history.

In the aftermath of the May 2020 murder of George Floyd and the historic summer of racial reckoning that followed, conservative activists and commentators openly rebelled against anti-bias training and teachings in the workplace and communities, painting them as a product of CRT.

In September 2020, conservative activist Christopher Rufo appeared on Fox News' Tucker Carlson Tonight with an impassioned plea to viewers to take up arms against new enemy CRT. After seeing the piece, Trump issued an executive order directing federal government agencies to cancel funding for programs that mention "white privilege" or "critical race theory," on the basis that it constituted "divisive, un-American propaganda" and that it was "racist." 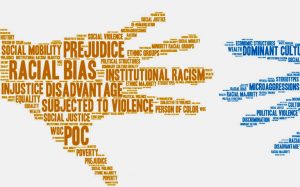 The States
The movement of misinformation around CTR flourished, resulting in a wave of state legislatures, school boards, and policymakers in other states banning the teaching of critical race theory in schools.

As of December 2021, at least 66 educational gag orders had been filed for the year in 29 state legislatures, including 12 that were passed into law. The bills inhibit teaching any race theory in schools, universities, state agencies, municipal governments and/or private businesses by teachers and, in some cases, employers or contractors.

Penalties vary but predominantly include loss of funding for schools and institutions and, in some instances, mandate firing of employees.

The People: Despite its prominent place in the headlines, most Americans do not understand the true meaning of critical race theory or cannot define it.

A November 3- December 2, 2021 survey of 19,060 Americans by the COVID States Project, in collaboration with Northeastern, Harvard, Northwestern and Rutgers universities, found that seven in 10 respondents were not familiar with critical race theory.

January 28, 2019 Women compose 51.9% of the American population, 53% of the voting population, and four women have announced their candidacies for President of the United States. However, as we...