Both the United States and Great Britain are dealing with the political turmoil that results from the increasing rise of nationalism and protectionism.

In Britain, or the United Kingdom, the drama centers around the pending Brexit agreement.

Background
The European Union (EU) is an economic and political partnership involving 28 European countries.  Originally formed as the European Communities (EC) following World War II, the goal was to foster economic co-operation, with the idea that countries which trade together were more likely to avoid going to war with each other. 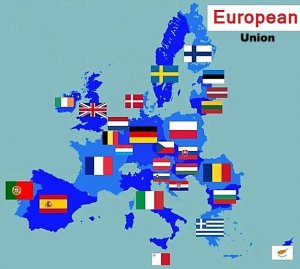 Following the Maastricht Treaty in 1993 the new European Union essentially became a "single market" where tariff-free trade of goods and services, as well as people, were able to freely move from one country to another, as if all nations were a single country.

The EU has its own Parliament, which meets in the Brussels, Belgium headquarters at least twice every six months to set forth EU policy priorities in a wide range of areas, including the environment, transport and consumer rights.

Together the European Union countries comprise 7.3% of the world's population and 24.6% of global domestic product (GDP).

The United Kingdom joined the original EC in 1973.

Then-Prime Minister David Cameron, who supported remaining in the EU, resigned following the referendum and was succeeded by Theresa May, the leader of the Conservative Party. 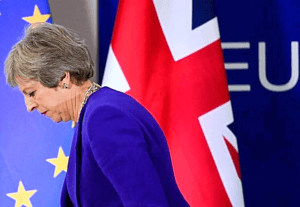 Although the Conservative Party, called the "Tories," subsequently lost their majority in the next election, a coalition formed with the Democratic Unionist Party enabled May to stay in power.

May's government triggered the process of leaving the EU on
March 29, 2017, invoking Article 50 of the Lisbon Treaty, which provided for a two-year period to finalize and execute the split -- effective March 29, 2019.

On November 14th the UK and the EU, amidst great controversy, agreed to a legally binding, 585-page withdrawal agreement. The plan also includes a non-legally binding proposal regarding the long-term relationship between UK and EU in areas including trade, defense and security.

May's "soft" Brexit deal centered on decreasing the amount the UK owes the EU for the breakup, ensuring the right to work for UK citizens working in other EU states, and maintaining an open border between the Republic of Ireland and Northern Ireland.

Additionally, her withdrawal deal contains a 21-month transition period that would last until December 31, 2020, providing the UK and EU time to hash out final details.

On December 10, 2018, the European Court of Justice (ECJ) ruled that the UK could cancel Brexit and remain a member of the EU on its existing terms, without the permission of the other 27 EU members as otherwise required under the Lisbon Treaty. The EJC's decision, however, stated that any decision must be "unequivocal and unconditional." 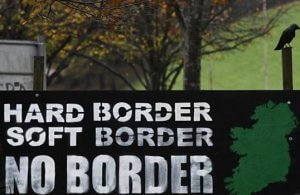 With many of her own Tory members demanding another citizen referendum on the decision, they called for a "no-confidence" party-only vote of May on December 12th, which would have ousted her as Prime Minister and necessitated another election.

May survived the vote, but agreed to step down following the conclusion of the final Brexit transition.

Resolve or Retreat
Advocates for Brexit argue that EU membership cedes too much economic and political power, posing a threat to British sovereignty.

In 2016, the UK was the third largest contributor to the EU budget behind Germany and France, provided 13.45% of the EU annual budget, roughly $14.5 billion per year. Brexit supporters claim those are funds that could be spent for domestic purposes and reduction of their budget deficit. 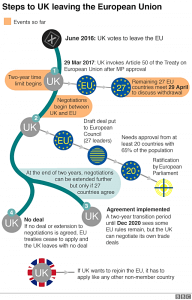 Anti-Immigration forces argue that the EU's policy of member citizens moving freely between countries without a visa has encouraged migration of close to one million people, some of whom are abusing benefits that advantage family members outside of the UK.

Opponents of Brexit maintain that Brexit would have profound economic consequences, as up to 80% of the EU's financial markets occur within the UK, and that UK-based companies might lose their passporting rights to conduct business with EU clients.

Following the 2016 referendum vote, global stock markets fell and the British pound declined significantly in value. Although the British economy has since stabilized, the long term effects are uncertain.

The subject of the UK's 310-mile land border between Northern Ireland and EU member the Republic of Ireland has also become an increasingly heated issue. Northern Ireland's Democratic Unionist Party, which keeps Theresa May in power, is opposed to the new border terms as negotiated.

Next Steps
The next step is for Members of the British Parliament to vote on the deal, which is expected to take place on or before January 21st. If it passes, the European Parliament will get a vote before Brexit day next March.

July 29, 2022  Now just 100 days out from the November 8, 2022 elections, the contest for control of the US House of Representatives is in clearer focus. The partisan breakdown of the current...