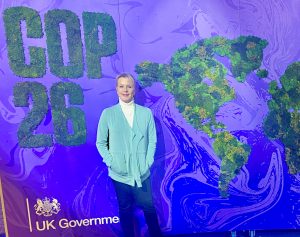 There has never been a collective human endeavor more ambitious and more necessary than the urgent need to fight climate change.

My week in Glasgow taught me that this is not a political or party issue; this is a human survival issue. Not just for the United States, but for the 200 countries that are represented at the COP26 Climate Conference, now in its second week.

The past decade has witnessed the warmest global temperatures on record. The world is warming because of emissions from fossil fuels used by humans, like coal, oil and gas, causing climate change, which in turn triggers extreme weather events like heatwaves, floods and forest fires.

The urgency of the crisis was evident in the presence of 120 heads of state last week, along with thousands of diplomats, business leaders, academics and activists gathered to address a renewed commitment to action.

COP26 is the 26th meeting of the Conference of Parties (COP), or signatories, to the United Nations Framework Convention on Climate Change (UNFCCC) and the third meeting of the parties to the Paris Agreement (CMA3). The 2021 conference, hosted by Conference Co-Presidents the UK and Italy, is meeting in Glasgow, Scotland October 31-November 12, 2021. 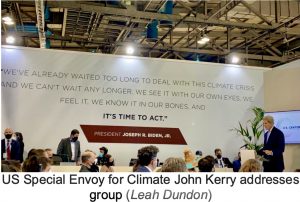 The United Nations Framework Convention on Climate Change (UNFCCC) established an international environmental treaty to combat "dangerous human interference with the climate system" and stabilize levels of greenhouse gas emissions in the atmosphere.

The treaty, signed by 154 countries at the 1992 "Earth Summit," called for ongoing scientific research, negotiations, and future policy agreements designed to address accelerating climate change and its consequences on ecosystems, food production, and economic development. 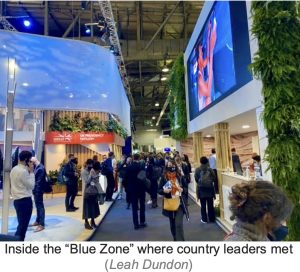 The first COP, held in Berlin in 1995, set the stage for the Kyoto Protocol two years later, which committed industrialized nations and economies in transition to limit and reduce greenhouse gases (GHG) emissions in accordance with agreed individual targets.

The Kyoto Protocol was superseded by the landmark Paris Agreement, negotiated at the 2015 UNFCCC (COP21), in which 196 parties signed on to, for the first time, a legally binding international treaty to increase emissions targets.

Its goal was to limit rising global warming temperatures to well below 2°C, preferably to 1.5°C, compared to pre-industrial levels.

The goal of the COP26 summit is to bring parties together to accelerate action towards the goals of the Paris Agreement and the UNFCCC, to reach global net-zero carbon emissions targets by mid-century, and to mobilize public and private finance to support those on the frontline of the climate crisis.

At the current rate, however, action by individual countries is not enough to meet the goals of the Paris Agreement. While many have committed to hit net-zero emissions later this century, there have been few concrete promises for action this decade.

According to the Climate Change Performance Index, which covers 61 countries representing 92% of global emissions, Denmark, Sweden and Norway rank the highest in their efforts. China has also moved into the top 10, for having stopped its emissions increase, and for its ambitious targets on renewables. The US is in the bottom ten (albeit up six places since last year), along with the Russian Federation, Australia, Canada and Saudi Arabia.

On the absence of the leaders of China and Russia at COP26, President Biden said, “It just is a gigantic issue and they walked away. How do you do that and claim to have any leadership mantle?” 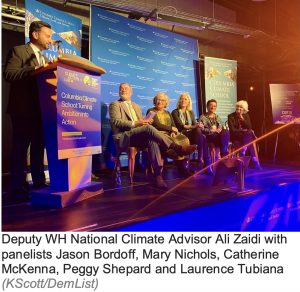 What Has Happened So Far

COP26 has produced numerous multilateral announcements, pacts and agreements, with the first draft of the conference's conclusions released today -- to mixed reviews.

In an implicit acknowledgment that current pledges are insufficient to avert climate catastrophe, the draft asks countries to "revisit and strengthen" by the end of next year their targets to reduce greenhouse gas emissions up to 2030. The 200 countries present in Glasgow have until the close of the conference Friday to agree on the final text. 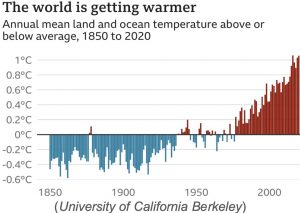 The LDCF, hosted by the Global Environment Facility, is the only dedicated source of climate resilience funds for the 46 Least Developed Countries, which have contributed the least to carbon emissions and face some of the highest risks from the effects of climate change.

Organized by Carney, who is a potential candidate for Canada’s premiership, the group includes investors, finance managers, insurers and major western bank members.

Announced: At least 19 countries committed to ending public financing for fossil fuel projects abroad by the end of 2022. 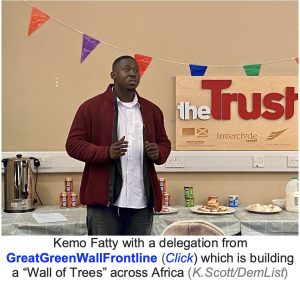 Agreed To: Leaders from more than 100 world countries, representing about 85% of the world's forests, promised to stop deforestation by 2030.

Why It Matters: Trees can absorb vast amounts of carbon dioxide (CO2) - one of the principal drivers of global warming.

Similar initiatives, the last being 2014, haven't stopped deforestation, but this one is heavily funded with almost $19.2 billion of public and private funds. Some of the funds will go to developing countries to restore damaged land and help tackle wildfires. It is unclear, however, how the pledge will be policed or monitored.

For the first time, India, which is the world's fourth largest emitter of carbon dioxide after China, the US and the EU, has set an emissions target, promising to cut its emissions to net-zero by 2070. 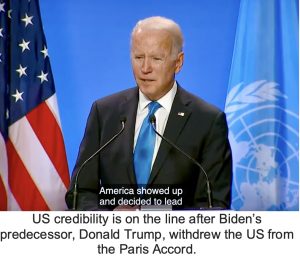 Why It Matters: Methane is one of the most potent greenhouse gases and is currently responsible for a third of human-generated warming. Methane is emitted from gas and oil wells, pipelines, livestock, and municipal landfill sites, and much of the effort, to be led by the US, will involve companies being obliged to plug leaks in more than 3 million miles of pipelines.

Note: The big emitters China, Russia and India, have not yet pledged to cut their methane emissions. 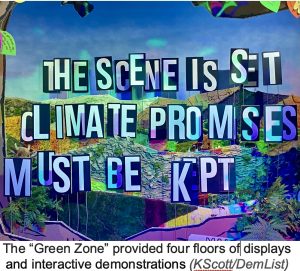 Agreed To: 46 countries, 23 of which are making the commitment for the first time, agreed to shift away from coal.

Why It Matters: Coal is the single biggest contributor to climate change. Although progress has been made in reducing its use, it still produced about 37% of the world's electricity in 2019.

Note: Major coal-users Poland, Vietnam and Chile have signed on, while some of the world's most coal-dependent countries, including Australia, India, China and the US, have not. The agreement also doesn't cover other fossil fuels such as oil or gas.

"Within the growing catastrophe, I believe there’s an incredible opportunity, not just for the United States but for all of us. We’re standing at an inflection point in world history...this is a moral imperative, but it’s also an economic imperative... if we fuel greater growth, new jobs, and better opportunities for all our people...We’ll demonstrate to the world the United States is not only back at the table but hopefully leading by the power of our example." - President Joseph Biden, Address to COP26 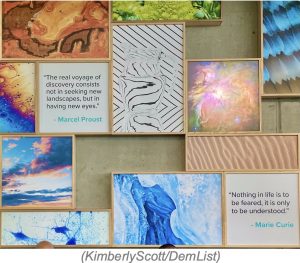 More next week on the final outcome of COP26!

We are now less than 100 days out from the Democratic Convention in Philly, July 25-28th. Whether a watcher or a go-er, DemList – as the recommended calendar, daily newsletter and central...