The US Senate passed a continuing resolution, or stopgap measure, this afternoon to keep the government funded and open, after reaching a bipartisan deal Wednesday night.

The "CR," which funds federal agencies at their current levels through December 3rd, is also expected to be approved by the House today, just hours ahead of the midnight deadline for a government shutdown. 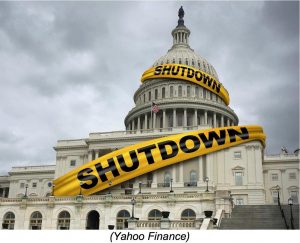 The funding bill was slowed this time by disagreement over allowing the government to take on more debt so that it could continue to meet its financial obligations. Currently, the borrowing cap is set at $28.4 trillion.

The main debate revolves around two separate budget agreements backed by the Biden administration. The first is a $1.2 trillion bipartisan infrastructure deal, and the second, more controversial plan, is a $3.5 trillion add-on to the deal, known as the Build Back Better Act, that would provide funding for President Joe Biden’s social agenda.

The Way It Works

Under the current budget process, Congress must appropriate funds each September 30th for the following fiscal year. If lawmakers cannot come to an agreement, they may pass a continuing resolution that funds the government through an extended period to allow for further negotiation.

If they cannot come to an agreement, then the US government is forced to temporarily shut down until a showdown between the two parties over the federal budget can be resolved.

* The federal government must “shut down” the affected agencies by both furloughing non-essential personnel and curtailing agency activities and services that do not directly relate to national security. 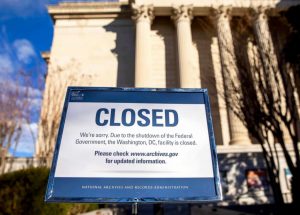 * Approximately 800,000 civilian federal employees, who are either sent home or asked to work without pay, could be affected.

* Federal agencies reduce their operations to only what is deemed essential. Programs and agencies that receive mandatory funding or are self-sufficient, such as the U.S. Postal Service, will continue to operate.

* Essential services necessary for public safety such as air traffic control and law enforcement will keep operating, although not at the same levels.

* National parks and Smithsonian museums would close, social security checks and VA benefits would continue, but new applications would be delayed.

* Agencies like the EPA would be furloughing up to 99% of its employees, Agriculture 66.5%, Commerce 86% and Housing and Urban Development 95%.

* Similarly, the Centers for Disease Control and Prevention, the Food and Drug Administration and the National Institutes of Health would be severely affected, although services related to the coronavirus pandemic would continue, but at a much-reduced capacity. 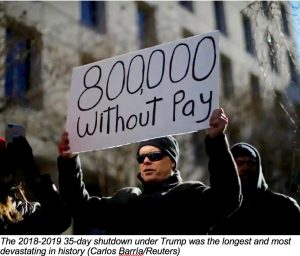 Since the current budget and appropriations process was first enacted under the Budget Act of 1974, there have been 22 federal funding gaps, including ten that led to federal employees being furloughed.

The longest was the 35-day shutdown under President Trump, which lasted from December 22, 2018 to January 25, 2019. The devastating showdown over Trump's border wall resulted in economic losses of $11 billion.

The consequences of the shutdown were catastrophic, for the nation's economic stability, infrastructure and security, and a reminder of the calamitous effect on everyday Americans who rely on, and serve in, our federal government.

The Trump Administration released its 2018 federal budget plan, outlining a total $54 billion in cuts to federal spending – to offset the 10% increase in spending for Department of Defense...