While the race for delegates has narrowed to a two-person race between Joe Biden and Bernies Sanders, many are asking: what happens to the pledged delegates already allocated to those who have dropped out of the race?

In short, depending on whether they were won at the statewide or congressional district level, some of those delegates will be redistributed to the candidates still in the race, while others are freed to vote for the candidate of their choosing at the Democratic National Convention this summer. 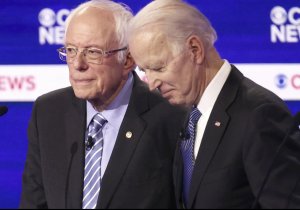 Delegate Categories
There are two types of convention delegates: Pledged and Automatic.

Automatic Delegates, who account for roughly 16% of the national convention delegates, are elected as Democratic National Committee (DNC) members, or allocated based on public or party office.  They participate in all official convention business, but do not have a vote on the first ballot in the nominating process.

Pledged Delegates are those secured through the primary process and who vote on the first ballot for the nominee.  They fall into three categories:

* Statewide/At Large (898): Nominated and elected at the state level, they are allocated based on the statewide percentage presidential candidates receive in the primary or caucus. 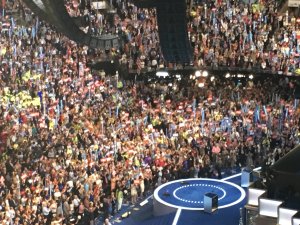 Delegates at the 2016 Convention (Scott/DemList)

Allocation of Delegates
From the designated state number, pledged delegates are allocated proportionally to presidential candidates based on the percentage of the vote they win in a state primary or caucus. The primaries occur in fifty states, five territories, D.C. and Democrats Abroad between February 3rd and June 6th.

There are two ways for a candidate to win delegates: by reaching the 15% threshold at the statewide level, or achieving 15% of the vote at the congressional district level. 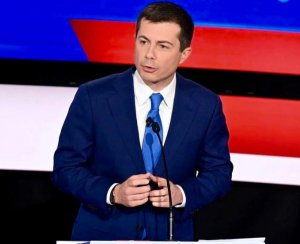 District Level: Congressional district delegates, however, are not reallocated to current contenders, but in most states become "free agents" to vote at the convention for the candidate of their choosing.

Because candidates who have dropped out have not technically closed their campaigns, but have "suspended" them, some states require a former candidate, say, Pete Buttigieg, to officially "release" his delegates before they become free agents.

Buttigieg also cannot award his delegates to a current contender, but may certainly attempt to influence their decision through his endorsement of a candidate -- which in this case is Biden.

If the race to reach the 1,991 delegates needed to secure the nomination stays close between Biden and Sanders, the district-level delegates originally pledged to former White House hopefuls could play a decisive role.

December 13, 2017 Welcome to the US Senate Doug Jones! Yesterday’s spectacular Democratic victory in the Special Election to fill the Senate senate vacated by Jeff Sessions was a resounding...