As the impeachment inquiry into Donald Trump, announced Tuesday, moves forward, another story behind the events of the Ukraine scandal is coming to light -- the exodus of the President's national security and foreign policy team.

The departures, which occur over the same timeline of events that led to the long-awaited action against the US President, raises additional questions about the impetus behind the resignations and firings. 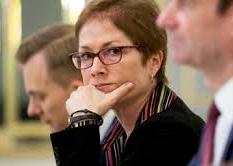 The Timeline: The Departures
May 6, 2019: US Ambassador to Ukraine Marie Yovanovitch, a career member of the foreign service who had served as an ambassador under three presidents, was sworn in August 2016. She was outspoken about ending corruption in Ukraine, which included allegations against then-Ukrainian Prosecutor General Yuriy Lutsenko that he was blocking investigations.

Two weeks after the April 21st election of Volodymyr Zelensky as the new President of Ukraine, "Masha" was forced out by the Trump administration, which claimed she was just transitioning out of her tour as a new government in Ukraine was elected.

The circumstances of her departure, however, were singled out in the whistleblower complaint, which stated that "several US officials told me that, in fact, that her tour was curtailed because of pressure stemming from" Lutsenko.

Lutsenko, who stepped down from office in August, had met with Trump personal attorney Rudy Giuliani in January of 2019. 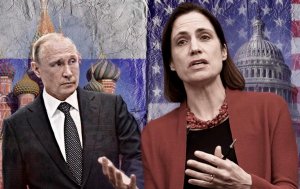 In the months after Lutsenko's meeting with Giuliani, Lutskenko accused Ukrainian officials of working with the DNC and US Embassy in Kiev to interfere in the 2016 presidential election, and, separately, claimed Vice President Joe Biden had pressured then-Ukrainian president Poroshenko to shutdown a criminal probe involving a Ukrainian company and his son, Hunter Biden. Lutskenko later said there was no evidence of wrongdoing.

President Trump, in his July conversation with President Zolensky, had praised Lutsenko, and suggested that Zelensky should keep Lutskenko in his position. 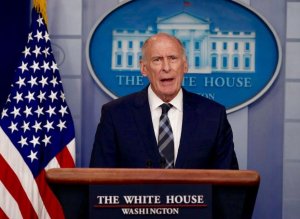 June 18, 2019: On the same day the White House puts a hold on the $391 million in military and security aid to Ukraine, White House Russia Advisor Fiona Hill, a respected British-American scholar and staunch critic of Russian President Vladamir Putin, resigned.

At the outset of her tenure, Hill, who was the top official on Russian affairs at the National Security Council, was accused by former Trump advisor Roger Stone of being a "mole" for progressive billionaire George Soros.

July 28, 2019: Three days after Special Counsel Robert Mueller testifies before Congress on the Russia-Trump investigation, and two days after Trump's conversation with Ukrainian President Volodymyr Zelensky, Trump announced on Twitter that Dan Coats, Director National Intelligence, would be stepping down. The two had repeatedly clashed over Russia and other security matters. 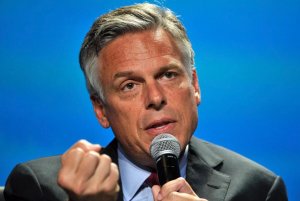 Coats represented Indiana as a Republican in the House and the Senate for 24 years and served as Ambassador to Germany under President George W. Bush.

Huntsman was known for his tough stance on Russia, including his view that Russia be held accountable for interfering in the 2016 presidential election. He previously served as US Ambassador to China and US Ambassador to Singapore under George Bush, and as Governor of Utah. 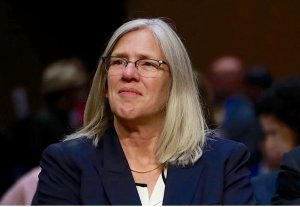 August 8, 2019: Four days prior to the Intelligence Community Inspector General (ICIG) Michael Atkinson's receipt of the whistleblower complaint, Sue Gordon, Deputy Director of National Intelligence under Coasts is forced out.

September 10, 2019: National Security Advisor John Bolton, the third person to hold the position, is fired by Trump on Twitter.  Bolton's contentious tenure with the President included disputes over how to handle major foreign policy challenges like Iran, North Korea and Afghanistan. He insisted he had resigned of his own accord.

Today, over three hundred former foreign policy, intelligence and national security officials signed a bipartisan letter supporting the impeachment inquiry into President Trump. The letter, put together by National Security Action, includes officials who have served under both Republican and Democratic administrations.

Sign Up for the Daily updates on issues, politics and the players

October 1, 2019 The Democratic National Committee (DNC) is expanding its operations in eight battleground states, underscoring the Party’s investment in state-level organizing and in key...

September 18, 2020 The person who may be the nation’s first Second Gentleman is a mystery to most Americans, as someone who has largely stayed in the background of his wife Kamala...

January 3, 2023 In a historic battle for Speaker of the US House of Representatives, Republicans were mired in chaos for over five hours on the opening day of Congress, recessing at 5:30pm this...