Posted May 24, 2017 | by KimS | in DemDaily, Democratic Party, Trump Administration

It is no surprise that the appointment of a Special Counsel to investigate Russia's ties to the Trump Campaign is drawing comparisons to Watergate, the 1973 political scandal that ended with the resignation of then President Richard Nixon. 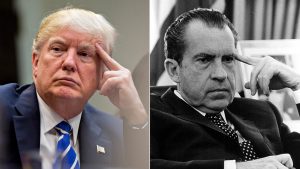 In what is historically referred to as the "Saturday Night Massacre," Nixon forced the resignations of his Attorney General and Deputy AG for refusing to fire Watergate Special Prosecutor Archibald Cox after Cox subpoenaed the White House for phone tapes. Although successful in then ousting Cox, it only delayed the inevitable release of the damning evidence that brought down Nixon less than a year later.

Trump's recent firing of FBI Director James Comey, who was heading up the Russian investigation, and revelations that the President attempted earlier to personally squelch the probe of his own actions, paint a similar picture - with the final act yet to be played out.

Attorney General Jeff Sessions recused himself from the Russian inquiry, leaving the Comey firing to Deputy Attorney General Rod Rosenstein, who did so on Trump's orders. But Trump's subsequent, damaging admissions left Rosenstein little choice but to acquiesce to calls for a Special Counsel to oversee the case.

Rosenstein's choice of respected former FBI Director Robert Mueller, which was unknown to Trump until the hour before the announcement, has been applauded by both sides of the aisle -- but has not deterred the temperamental tweeter from trying to discredit the investigation which he claims "hurts our country."

As Special Counsel Mueller will have the power to subpoena documents and interview the President as a part of the probe.

Some have expressed concerns the Special Counsel directive is too narrow and would prevent Mueller from pursuing other potential criminal acts outside the scope of his stated authority.

There is also a question of who has authority to fire Mueller, with many claiming the current statute gives Trump, through the Attorney General, that authority. 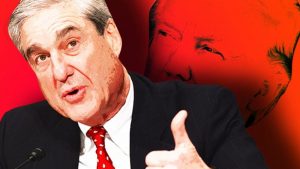 Such an action would likely set off a political firestorm that would rival Watergate, but the President seems undeterred, by his own hand, in creating controversy.

The DemList Calendar is now open to all to submit events for promotion in every state. Just a few rules