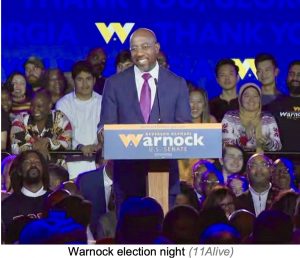 It was a resounding victory for Democrats and their control of the Senate, and another rejection by the voters of an extremist Trump-endorsed candidate.

The heated high-stakes contest between Warnock, a Baptist Minister, and Walker, a former Georgia Bulldogs football star, had captured the nation's focus since the November 8, 2022 midterms. Coming out of that election, Warnock led Walker by just under 38,000 votes -- but at 49.4% to 48.5%, he was short of the 50% needed to avoid a runoff.

In the runoff, the metro Atlanta area, including Cobb, DeKalb and Gwinnett counties, delivered 77% to 23% for Warnock, while Walker underperformed in some of the state's Republican strongholds like Cherokee county.

Walker also lacked the advantage of Governor Brian Kemp on the ticket, who secured 200,000 more votes than Walker in November. Democrats correctly counted on split-ticket GOP and independent voters who supported Kemp in November, but were not willing to cast a vote for the far-right, scandal-ridden Walker. 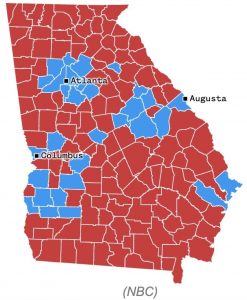 Most significantly, it means that Senate Democrats have the power to advance legislation, keeping President Biden's agenda alive for the next two years.

Warnock's reelection in battleground Georgia is all the sweeter as it was The Peach State that put Joe Biden over the top with 49.5% to Trump's 49.2% in 2020 -- the last state to be called in the presidential election.

The Warnock-Walker election was the most expensive race of 2022, with both campaigns and outside groups having spent an estimated total of $400 million between the general election and the runoff.

It also broke state records for early vote turnout, which usually benefits Democrats and provided a lead for Warnock out of the gate. The same-day votes, which usually favor the GOP, did not provide Walker the boost he needed. In the end, Walker lost to Warnock by 95,454 votes.

August 16th 2016 The Presidential election has hit the airwaves in full force – aided in no small part by SuperPACs and outside organizations. The Clinton campaign ran its first general...