Friday, September 13th, was the 25th anniversary of the Violence Against Women Act, the landmark legislation that creates and supports comprehensive, cost-effective responses to the pervasive and insidious crimes of domestic violence, sexual assault, dating violence and stalking.

Background
Co-written by then-Senator Joe Biden (DE) and the late Congresswoman Louise Slaughter (NY), VAWA provided $1.6 billion in federal resources toward investigation and prosecution of violent crimes against women, imposed automatic and mandatory restitution on those convicted, and allowed civil redress in cases prosecutors chose to leave un-prosecuted. The Act also established the Office on Violence Against Women within the Department of Justice. 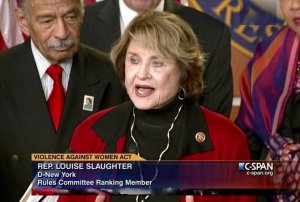 In the 2000 United States v. Morrison case, the US Supreme Court struck down, by a divided 5-4 vote, the VAWA provision allowing women the right to sue their attackers in federal court, citing the provision as exceeding the federal government's powers under the Commerce Clause.

It was reauthorized by bipartisan majorities in Congress in 2000, expanded WAVA by creating a much-needed legal assistance program for victims and by expanding the definition of crime to include dating violence and stalking.

The Act's 2012 renewal was opposed by conservative Republicans, who objected to extending the Act's protections to same-sex couples and to provisions allowing battered undocumented immigrants to claim temporary visas, but it was reauthorized in 2013 after a long legislative battle. 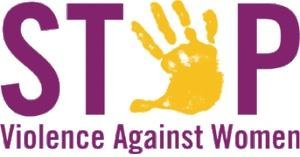 On April 4, 2019, the US House of Representatives, with bipartisan support, passed the Violence Against Women Reauthorization Act of 2019.

It also closes the "boyfriend loophole" by banning non-married people who are convicted of dating violence or misdemeanor stalking, from possessing firearms.

This Act, however, is still not law. More than five months after the House approved reauthorization of VAWA, the US Senate has yet to even take up the bill. 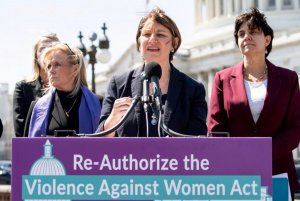 Instead, it has gone to Senator Mitch McConnell's "legislative graveyard," where other critical reform bills are buried.

The self-proclaimed "Grim Reaper" of progressive legislation, McConnell has a "A" rating with the National Rifle Association (NRA), which is opposed to closing the "boyfriend loophole," and is actually scoring members on their position on VAWA 2019.

The Violence Against Women Act protects the civil rights and safety of women and victims.

July 12, 2022 Now less than four months out from the November 8, 2022 midterm elections, there are at least nine US Senate seats that will determine the balance of power in the upper chamber. See...