The committee, charged with vetting vice presidential contenders, will delve into the personal and professional lives of a list of what is likely five to six candidates to choose what already promises to be an historical ticket. 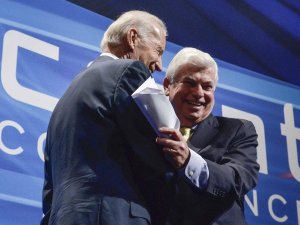 The former Vice President announced in March that he is committed to choosing a woman as his #2, marking the third time in US history that the vice presidential nominee of a major party would be a woman. In 1984, Geraldine Ferraro ran with Walter Mondale on the Democratic ticket, and in 2008, Sarah Palin ran with John McCain on the Republican ticket.

Biden also has committed to picking an African American woman to the US Supreme Court, and to selecting a cabinet and administration that "will look like the country."

The Committee
Chris Dodd: The former US Senator from Connecticut, who was himself a presidential contender in 2008, is a longtime friend of Biden's. He also served as general Chairman of the Democratic National Committee (1995-1997).
Eric Garcetti: Co-Chair of Biden's presidential campaign and, since 2013, Mayor of Los Angeles, the country's second largest city.
Cynthia Hogan: Vice President for Public Policy and Government Affairs at Apple, former Senior Vice President for the National Football League, and former Chief Counsel to Biden when he was Vice President under Barack Obama. 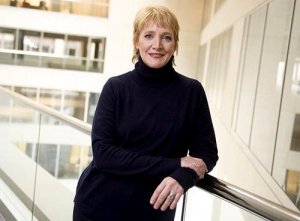 Lisa Blunt Rochester: A two-term Congresswoman, she is the first woman and the first African-American to represent Delaware, Biden's homestate, in Congress.

The formal vetting process, which Biden said they hope to complete by July, normally lasts eight weeks, giving his campaign and the Party the advantage of picking a Vice Presidential nominee at least five weeks ahead of the Democratic Convention, now postponed to August 17th due to the coronavirus pandemic. 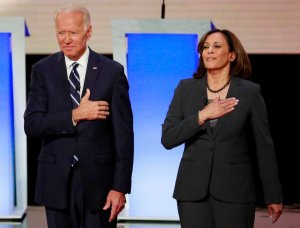 Officially, the Vice President's only official duties are to preside over the US Senate and, if needed, to cast a tie-breaking vote. Under the 25th Amendment to the Constitution, as second-in-command, the VP would also step in for the President if he or she becomes incapacitated.

Under the Bill Clinton, George W. Bush and Barack Obama administrations, however, the role expanded significantly, with the Vice President of the United States (VPOTUS) becoming a key member of the President's Cabinet, the National Security Council, a leader on legislative battles and on international affairs.

While current Vice President Mike Pence has played a significantly diminished role under the authoritarian presidency of Donald Trump, Biden is said to be seeking a VP who is "qualified to be president tomorrow." At age 77, Biden would also be the oldest president entering the oval office, shifting the priorities of the many considerations given to choosing a running mate.

In addition to the traditional considerations of age, experience and geography, ethnicity, ideology and compatibility are factors. Biden has said he is seeking "Someone who is simpatico with where I want to take the country. We can disagree on tactic but not on strategy. " 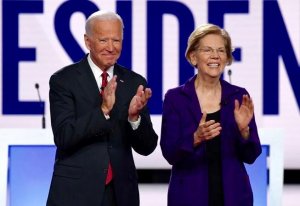 For Democrats in 2020, ethnicity is also a factor, with many pressuring Biden to pick a minority woman, and more specifically, one from the African American community, which is credited with delivering him the nomination.

Many of the potential contenders are former presidential rivals, governors, and prominent Democrats who may also be in contention for major cabinet positions. An early announcement of Cabinet members Biden intends to nominate, if successful, may also balance response to choice of a non-minority for VPOTUS.

Former First Lady Michelle Obama was not among the list of women named for the VP slot in the survey, but asked separately, 64% of Democrats say Biden should pick her if she wants to run. Obama, purportedly, has no interest is seeking public office.