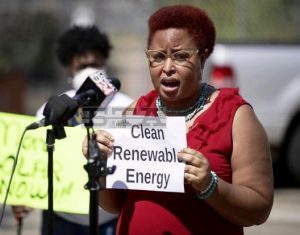 Separately, the Tennessee Supreme Court overturned a lower court ruling that would have allowed all eligible voters to vote via absentee ballots due to COVID.

Yesterday's primary was one of nineteen remaining state primaries for congressional, state executive offices and the legislature still on the calendar.

With 58% reporting, the Democratic primary was called for Bradshaw, a Memphis environmentalist and human rights activist, and former labor organizer, who leads with 35.5% over former state Assistant Attorney General Robin Kimbrough @26.6% and James Mackler @23.8%. 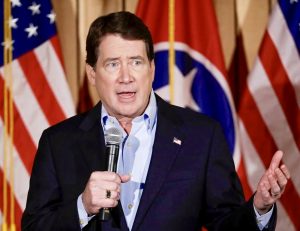 The final vote count will be not be known for at least a week due to the record number of absentee ballots cast during the COVID pandemic.

Going into the primary, Mackler, an Army veteran and attorney who had the backing of the Democratic Senatorial Campaign Committee (DSCC), raised $2.1 million and spent $1.5 million compared to Bradshaw who, according to FEC reports, raised under $9,000.

In the bitter Republican primary, former Trump-nominated US Ambassador to Japan Bill Hagerty secured the nomination over Vanderbilt University surgeon Manny Sethi. As of Friday afternoon, Hagerty led Sethi by more than 11%. 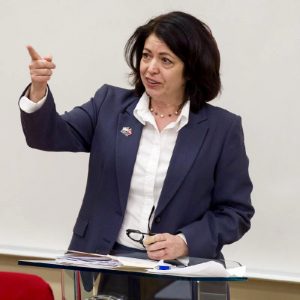 Under the ruling, only those with underlying medical conditions who have determined it's "impossible or unreasonable" to vote in-person due to COVID-19, are eligible to vote via absentee ballot in the fall election. Tennessee is one of several states that normally require an excuse to cast an absentee ballot.

In her dissenting opinion, Justice Sharon Lee wrote, "In the midst of this pandemic and while Tennessee remains under a state of emergency, qualified Tennessee voters with no underlying medical or health conditions should not be left with the impossible choice of voting in person and risking getting COVID-19 or forfeiting their constitutionally protected right to vote. Tennessee voters deserve better."

On the decision, Tennessee Democratic Party Chair Mary Mancini said, "The Republican Party's unyielding campaign of voter suppression has always sowed confusion and placed obstacles in the path of voters. But now, during this dangerous health crisis, there are deadly consequences for the people they have sworn to serve."

For our followers, the remaining state primaries and early vote information. Make your ballot count!

*Information from multiple sources, with some variance. Please let us know of updates or corrections.

January 8, 2020 While the presidential election dominates the news, taking control of the US Senate is almost, if not as, critical to Democratic hopes of passing significant legislation beyond...