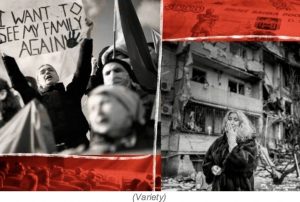 This Wednesday will mark six months since Russia invaded Ukraine, which also coincides with Ukraine’s Independence Day, which celebrates its 1991 separation from the Soviet Union.

The February 24, 2022 invasion set off Europe's most significant military and humanitarian crisis since World War 11.

The fallout has had a global economic ripple effect and caused food shortages among countries that relied heavily on Ukraine as one of the world's top agricultural producers and exporters.

As of August 8, the US estimated that Russia had incurred roughly 75,00 serious casualties, including at least 20,000 deaths. 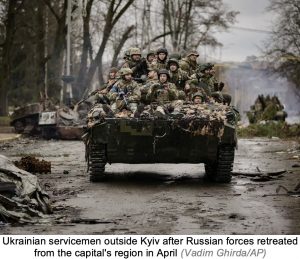 Those assessments would mean that of the estimated 150,000 troops Russia massed at Ukraine’s borders prior to the invasion, more than half have been lost to death or injury.

Of prisoners of war, the last report by Britain's The Independent June 9, said that 5,600 Ukrainian soldiers had been captured, while the number of Russian servicemen was under 1,000. No reliable current figures are available.

Refugees
Roughly 11.1 million Ukrainians have fled their country, with more than a third of the population displaced. Neighboring Poland recorded the highest number of border crossings from Ukraine, at over 5.2 million as of August 2, followed by Russia, Hungary, and Romania.

The Map
The conflict is actually a new chapter in the Russo-Ukrainian War war, which began with Russia's illegal annexation of the Crimean Peninsula in 2014.

On February 21, 2022, Russian President Vladimir Putin announced that Russia recognized the independence of the separatist Donetsk and Luhansk People's Republics (DPR and LPR). Three days later, Putin launched a military attack on Ukraine, reportedly to protect residents of the Donbas region from the Ukrainian government. 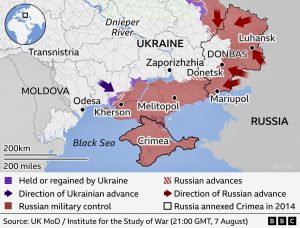 Despite the devastating attacks on Ukraine's major cities and infrastructure, Russia's military has suffered significant failures in command, control, and logistics. The lack of trust between Russia's political and military class has also resulted in further problems from the strategic to the tactical level.

Putin also grossly underestimated the strength of Ukrainians' resistance and the unity of their Western allies in coming to their aid.

Sanctions and Support
Since the invasion of Ukraine, the United States and at least 34 countries have imposed sweeping and unprecedented economic sanctions on Russia, while providing financial, humanitarian and military aid. Belarus has also been sanctioned for its cooperation with and assistance to Russian armed forces.

The United States leads the list on a number of fronts. Since Russia's illegal annexation of Crimea in 2014, the US has imposed 2,251 list-based sanctions on Russia, 1,300 of which have been implemented since its invasion of Ukraine. 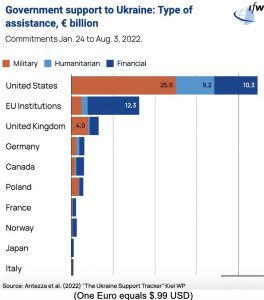 On Friday, US Secretary of State Antony Blinken announced that the US will be sending an additional $775M military aide package, marking the 19th time the Pentagon has provided equipment from Department of Defense (DOD) stocks to Ukraine.

The support comes amid warnings of a possible attack at the Zaporizhzhia nuclear power plant in southeastern Ukraine.

The facility has been under Russian control since March, but the plant, Europe's largest, continues to supply electricity to Ukraine. Russia and Ukraine have blamed nearby shelling on each other as the threat of a nuclear disaster looms large.

Both countries have recently expressed willingness to facilitate an International Atomic Energy Agency (IAEA) inspection of the site, but Russia has rejected calls from the United Nations to create a demilitarized zone around the Zaporizhzhia plant. 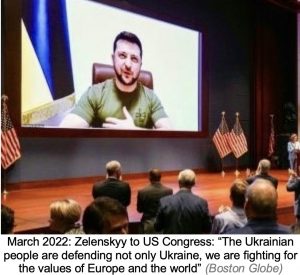 In his nightly address on Saturday, Ukrainian President Volodymyr Zelenskyy warned his citizens of potential "cruel" actions by Russia as the country prepares to celebrate its independence from Soviet rule on August 24.

“Therefore, it is important never, for a single moment, to give in to this enemy pressure, not to wind oneself up, not to show weakness.” said Zelenskyy, urging Ukrainians to be strong and to keep fighting.