With an announcement of Joe Biden's pick for his vice presidential running mate expected next week, the public is getting first insight into his true top contenders as the players continue to shuffle in recent days.

Announcing closer to the quadrennial event, as has been done in the past, helps build enthusiasm for the country's first virtual convention, and allows for a shorter window for the much-anticipated attacks on the choice by the Trump campaign. 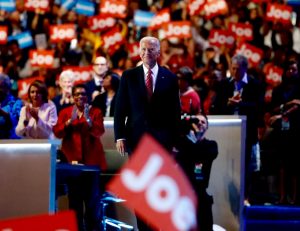 TBD: Who will join Biden on the ticket (UniteTheCountry)

Since Biden first committed on March 15th to picking a woman as his #2, two weeks after black voters delivered his comeback win in the South Carolina presidential primary, the world has changed considerably.

The COVID-10 pandemic was declared a national emergency the same week, and two months later, the tragic death of George Floyd and other African Americans at the hands of the police set off unprecedented civil unrest and racial tensions that continue to play out across the country.

The subsequent pressure to pick a woman of color and specifically, an African American VP, representative of Democrats' most reliable voting bloc, has increased considerably. Biden has confirmed there are four Black women on the vice presidential shortlist.

Insider reports, however, claim the final contenders are down to six, with further conversations between Biden and those in play to take place this week - virtually or in-person.

The Contenders
The Short List
Those include former former California Attorney General and US Senator Kamala Harris, former Obama National Security Advisor and US Ambassador to the United Nations Susan Rice, and most recently, four-term Congresswoman and Congressional Black Caucus Chair Karen Bass. 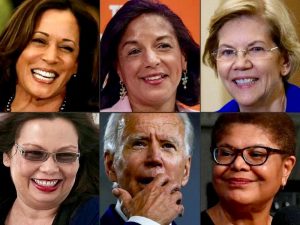 Iraq War veteran and Illinois Senator Tammy Duckworth, the first Thai-American woman and first woman with a disability to be elected to Congress, is still purportedly in play, as is Massachusetts Senator Elizabeth Warren, one of Biden's main primary rivals, and now close economy policy advisor to the future nominee.

Two-term Florida Congresswoman and former Orlando Police Chief Val Demings, is one of the final four black women being vetted, but some are concerned her experience and record in law enforcement could prove to be both an advantage and a hindrance. Demings, however, has an influential fan in Congressman James Clyburn, the architect of Biden's critical South Carolina presidential primary victory.

Do No Harm
Traditionally the #1 rule for choosing a vice president is "do no harm," with the most notable violation being John McCain's choice of Sarah Palin in 2008.

In truth, the vice-presidential choice historically has had little effect on the outcome of the general election, but with Biden, at 77, unlikely to run for a second term, his choice could also be considered an anointment of a successor. 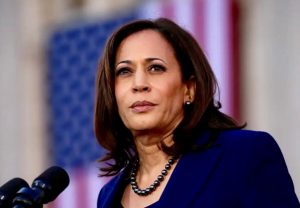 Harris on "ambition" criticisms, at Black Girls Lead 2020 conference, "I want you to be ambitious" (Elijah Nouvelage/Reuters)

In the last week anti-Harris forces have tried to paint her as "too ambitious," saying she will overshadow Biden's agenda.

Others lobby for someone without presidential aspirations, like Rice and Bass, who have both declared as much, and who could focus on helping Biden govern during what will likely still be a public health pandemic and an accompanying recession, if not depression.

Alternatively, prioritizing a win in November is the argument by those who advocate for a VP pick like Gretchen Whitmer from Michigan, or Tammy Baldwin from Wisconsin, both from key battleground states. The same argument can be used for picking an African American who could help mobilize black voters in swing states that went for Trump in 2016. 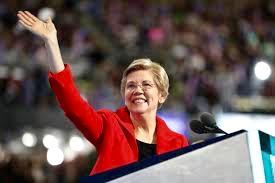 Warren still in play, at least with the public

In the end, however, all who know Joe Biden say it will be his decision, and one that will be instinctually based on a "simpatico" professional and personal relationship, and his trust in someone who can "step into the job from day one."

Go to the DemList Convention Calendar for all updates on the August 17th-20 convention!
Submit your allied events for free promotion.