Now a week after the historic 2018 election which witnessed the highest midterm voter participation in over 100 years, the country is still awaiting the outcome of a handful of critical races. 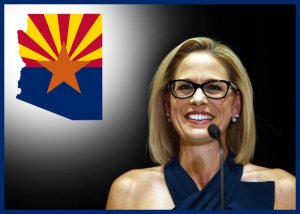 As of this afternoon there are still eight House races, two Senate and two Governors' race that are awaiting final count.

Although Democrats are energized by the takeover of the House and the suburban surge of support in red states, they await an important moral victory in Georgia, and a raucous recount battle in Florida.

In the interim, Democrats put one more in the win column with the Kyrsten Sinema's victory in Arizona, marking the first time a Democrat has represented the red state in the Senate since 1988.

Sinema, who was down by 1% the day after the election, triumphed over Republican Martha McSally by 1.7% following the final absentee count. 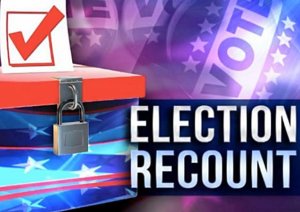 The apparent shift in political dynamics of a state that Trump won by 3.5% in 2016, and where the President's hardline immigration policy hits home, bodes well for Democrats' chances in the southwest in 2020.

Democrats are further buoyed by the voters who delivered the final push -- female, unaffiliated and, most significantly, independent voters, who, with latino voters, make up Arizona's largest voting block.

GEORGIA
In the bitter battle for the Georgia Governors seat, lawsuits and allegations continue to dominate the scenario where 30,000 provisional and absentee ballots are still being counted, out of an estimated four million cast.

On Monday, a federal judge late Monday ordered a delay of certification of the election results until at least 5 p.m. on Friday, to allow for inclusion of the uncounted ballots. 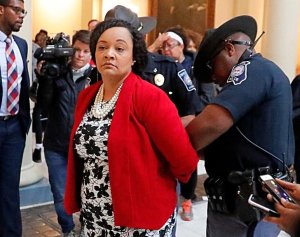 State Senator Nikema Williams (D-Atlanta) was among those arrested

In a separate order issued Tuesday, absentee ballots in Gwinnett County with missing or incorrect birth years will now be counted. A federal judge ordered the county had violated the Civil Right Act in previously rejecting the votes.

The ruling will is also expected to effect the outcome of the Seventh Congressional District, which covers part of Gwinnett, and where incumbent Republican Rob Woodall leads Democratic challenger Carolyn Bordeaux 50.2% to 49.8%.

If neither candidate secures 50% of the final vote, then the race will go to a runoff election January 8, 2019. A runoff in the Governor's race would take place December 4, 2018.

In other events Tuesday, a "Count Every Vote" rally in the state capitol ended with the arrests of 15, predominantly black, peaceful protestors.

Regardless of the outcome, Georgia's electorate is shifting blue -- we hope enough, in the end, to elect the nation's first African American female Governor.

FLORIDA
In the recounts in Florida Governor and US Senate race, the legal battles rage on amidst the ongoing race to recount votes by Thursday's 3pm deadline.

The Nelson campaign and allies filed several suit in federal court seeking an extension for the recount, challenging the process for the counting of signature matches, and to extend counting of ballots impacted by postal delays.

As of Saturday, Democrat Andrew Gillum was trailing Republican Ron DeSantis by 0.41% in the Governor's race.

In the Senate race, incumbent Democrat Bill Nelson was behind Republican Rick Scott's by just 0.15%, and in the Agriculture Commissioner's contest, Nikki Fried (D) was ahead of Matt Caldwell (R) by 0.06%.

In Florida, if the vote gap is less than half a percentage point, state law automatically triggers a machine recount and, at less than .25%, a hand recount.
All ballots in a machine recount are retabulated, or refed, through a county's precinct tabulators. Ballots recorded with "undervotes" or no votes, or "overvotes" with too many, are set aside for a manual recount. 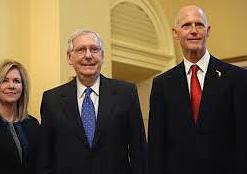 The results are scheduled for certification by Florida's Elections Canvassing Commission November 20th. The commission is made up of Rick Scott, as Governor, and two members of his cabinet. Following a suit filed by the League of Women Voters and Common Cause of Florida to bar Scott from overseeing the results of his own election, Scott agreed to recuse himself from the process.

Scott, who has declared himself the winner, attended freshman orientation for new US Senators this week in Washington, DC.

The majority of outstanding ballots are in Democratic-leaning Broward County, where almost 25,000 fewer votes were cast for the Senate race than any other, prompting a review for "undervotes." In Palm Beach County, also at the center of the recount, machines overheated today, causing further delay of the tally.

The 2018 Florida recount draws comparisons to the infamous 2000 Florida presidential recount.  As in 2000, this one may go to the Supreme Court. Let's hope the outcome is different. 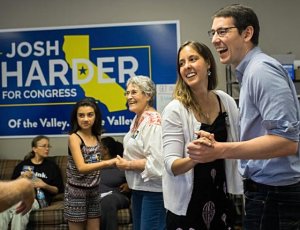 In the US House, Democrats have picked up 34 seats.