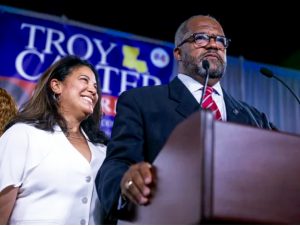 Carter beat fellow State Senator and runoff opponent Karen Carter Peterson (D) 55.2% to 44.8% to succeed Congressman Cedric Richmond, who resigned in January to join the Biden administration as Senior Advisor to the President and Director of the White House Office of Public Engagement.

Next Up
Texas 6th Congressional District
Incumbent: Ronald Wright (R)
Special Election: May 1, 2021, Saturday
District: Based in Arlington, Texas, it includes Ellis and Navarro counties to the south and southeast of the Dallas/Fort Worth area, as well as the southeast corner of Tarrant County. 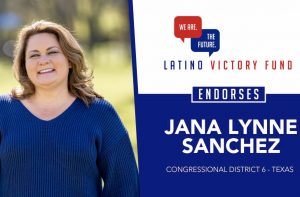 The Candidates: In the competitive contest there are 23 candidates, including 11 Republicans and 10 Democrats, vying to replace the late GOP Congressman Ronald Wright.

If no candidate receives a majority of the vote in the open general election, then the top two vote-getters go to a runoff. 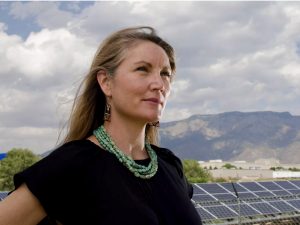 The Candidates: In lieu of a primary election, the party nominees were chosen by each party's state central committee.

Prior to unseating a seven-term Republican incumbent to win her State House seat in 2018, Stansbury served as a researcher and advisor on land and water issues at the tribal, state and federal level. Stansbury, who has a background in community development and natural resources and has worked for federal, state, tribal, local and nonprofit organizations, is currently a senior adviser for the Utton Center at the University of New Mexico.

In the State Republican Party's March 27th central membership vote, State Senator Mark Moores secured the nomination with 40%, followed by Eddy Aragon with 28% and Elisa Martinez with 17%. Moore has previously served as Chief of Staff to Lt. Governor Walter Bradley and Executive Director of the New Mexico Dental Association.

The Libertarian Party chose Chris Manning, a veteran and businessman from Farmington, as its nominee. 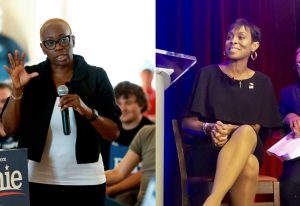 Special Election Primary: August 3, 2021, Tuesday
District: Cuyahoga County and Summit County in Northeast Ohio, including most of the majority-black precincts between Cleveland and Akron.

Only one Republican, Businesswoman Laverne Gore, who lost to Fudge in 2020 by 60 points, has filed. 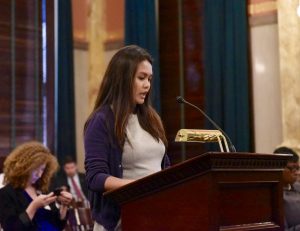 The Candidates: On Monday, Governor Mike DeWine (R) announced an August 3rd special election primary to replace retiring Congressman Steve Stivers (R-Ohio), who is leaving to take a job as CEO of Ohio's Chamber of Commerce. Stivers' last day in Congress will be May 16th. Stivers has held the historically Republican, Columbus-based district since 2011.

The Candidates: A special election date has not been set yet for the seat vacated by the April 6, 2021 death of Congressman Alcee Hastings, who was first elected to Congress in 1992. 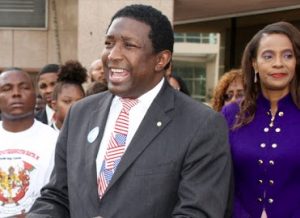 Gregory "Greg" Musselwhite, a welding inspector and 2020 nominee for this district, is the only Republican to declare to date.

Settled
Democrat Rita Hart has given up the battle for southeastern Iowa's 2020 Second Congressional District, where six votes separated her from Republican Mariannette Miller-Meeks.

Although Miller-Meeks was provisionally sworn in January 3rd, Hart had contested the election results to the US House Administration Committee with the anticipation that, following an investigation, it would go to a vote before the full House.

On March 31st, however, Hart dropped her petition in the House, saying, "Despite our best efforts to have every vote counted, the reality is that the toxic campaign of political disinformation to attack this constitutional review of the closest congressional contest in 100 years has effectively silenced the voices of Iowans."