Seven US House Special Elections have been called so far in the 117th Congress, with now four behind us and two of the three remaining contests to be held next Tuesday.

The two had advanced to the special runoff to fill the seat held by the late Congressman Ronald Wright (R), who passed away in February after contracting the coronavirus. Susan Wright, his wife, had been endorsed by Donald Trump, while Elzy secured the endorsements of high profile Texas conservatives, including former Governor and Trump Energy Secretary Rick Perry and Congressman Dan Crenshaw. 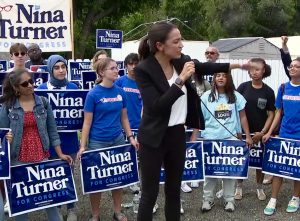 The Candidates: 13 Democrats and two Republicans are competing to succeed Marcia Fudge, who left Congress in March to serve as Biden's Secretary of Housing and Urban Development. Fudge, who won reelection in 2020 with 80% of the vote, represented the heavily Democratic district since 2008.

The leading Democrats are former State Senator Nina Turner and Cuyahoga County Councillor Shontel Brown. Although billed as a battle between the Democratic Party establishment and national progressives, there is minimal policy difference between the two candidates.

Nina Turner, who served in the Ohio State Senate from 2007 to 2015, and previously on the Cleveland City Council, built a national profile as Co-Chair of Bernie Sanders' 2020 presidential campaign, and as former President of Our Revolution, the organization that grew out of Sanders' 2016 presidential bid. She is backed by Sanders and members of the "Squad" in Congress, and is endorsed by the Congressional Progressive Caucus PAC. 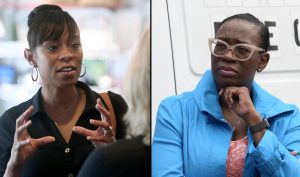 Brown and Turner are in tight race for the 11th (CNN)

Shontel Brown served on the Warrensville Heights City Council for three years before being elected to the Cuyahoga County Council in 2015. A "protege" of former Congresswoman Marcia Fudge, she has the endorsements of Hillary Clinton, the Congressional Black Caucus PAC, House Majority Whip James Clyburn (D-SC), Ohio Congresswoman Joyce Beatty and Fudge's mother.

Labor is split on the race, with Cleveland Building & Construction Trades Council and most of its member unions endorsing Brown, along with the UAW, National Association of Letter Carriers and the Ohio Federation of Teachers. Turner has the support of SEIU, CWA, the Machinists, RWDSU, American Postal Workers Union, Amalgamated Transit Union and the Working Families Party.

Turner has held a consistent fundraising lead, raising a total of $4.5 million total as of July 14th, nearly half of which was received between April and July. During that same period, she spent close to $1.2 million on TV ads. 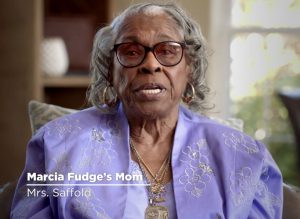 "Marcia is a part of President Biden's cabinet, so she can't endorse...but I can" (Click)

Brown has held strong in the fundraising race, reporting $2.1 million as of July 14th, with $1.4 of that coming in between April and July.

An internal poll conducted by Normington/Petts, Brown's pollster, showed she has closed what was once a 32-point gap in April. The survey, conducted July 6-8, 2021 shows Turner leading with 43% to Brown's 36%.

In the Republican primary, Laverne Gore and Felicia Ross are competing for the nomination.

Early Vote: Early voting began July 7th and continues through August 2nd. As of Friday, over 12,000 ballots had been cast, with 64% came from Democrats in Cuyahoga County. 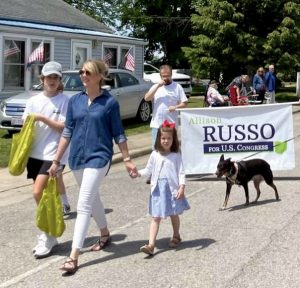 The Candidates: Eleven Republicans and two Democrats are competing to replace Congressman Steve Stivers (R-Ohio), who Congress in May to take a job as CEO of Ohio's Chamber of Commerce. Stivers held the historically Republican, Columbus-based district since 2011.

The lead Democratic contender is State Representative Allison Russo, who represents portions of Columbus, as well as Grove City, Hilliard, Upper Arlington, and Worthington in Franklin County. The healthcare consultant won her seat in 2018 by ousting the Republican incumbent with 57% of the vote and was successfully reelected with 58% in 2020.

As of mid-July Russo had raised roughly $273,000 in contributions, while her sole primary opponent, retired US Army Colonel Greg Betts had brought in $8,775.

Coal lobbyist Mike Carey, who is backed by former President Donald Trump, is leading the money race in the Republican primary with over $460,000 raised since April. Close behind, however, was State Senator Bob Peterson with $455,00, followed by State Representative Jeff LaRe with $227,000.

The contest is followed closely as a test of Trump's sway in the district v. the GOP establishment, particularly after the Trump-backed candidate lost in last week's Texas special election. 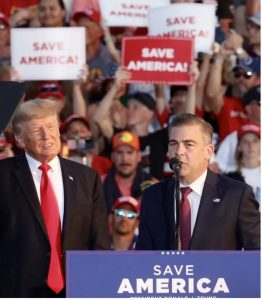 This week Trump's Make America Great Again Action PAC purchased over $348,000 worth of advertising to support Carey, while LaRe, who is endorsed by incumbent Steve Stiver,' has benefited from over $300,000 pumped into the race from Stiver's former campaign account. Hundreds of thousands more have been in support or opposition ads to several of the candidates.

A June 23-24, 2021 poll commissioned by Carey's campaign put him well ahead of his opponents with 20% of the vote, followed by LaRe at 9%, Peterson and Hood at 7%, and Kunze at 6%. The remaining candidates were under 3%, and a significant 44% were undecided. Carey's numbers, however, jumped to 52% when respondents were informed of Trump's endorsement.

Early Vote: Nearly 4,000 early or absentee ballots had been cast as of last Friday, with the majority split between Franklin and Fairfield Counties.

The third outstanding special election, in Florida's 20th Congressional District, is to replace Democratic Congressman Alcee Hastings who passed away in April. The primary has been scheduled for November 2, 2021 and the general election on January 11, 2022.