This week promises to be an historic one in national politics and for our country.

Yesterday the Kansas City Chiefs won the Super Bowl, today the impeachment trial of President Trump continues, and tonight we will know the results of the Iowa Caucus, the first voting test of the Democratic Presidential primary candidates. 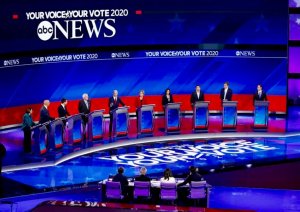 Tuesday will resume the impeachment trial in the US Senate and Tuesday night the President will deliver the annual State of the Union (SOTU) address. On Wednesday, President Trump is expected to be acquittedon the Article of Abuse of Power and Obstruction of Congress, as impeached by the US House.

Debate Download
In the eighth of 12 Democratic primary debates scheduled over the 2020 presidential election, the DNC has added a new, alterative qualifying option of meeting a delegate threshold following the first caucus of the primary season. 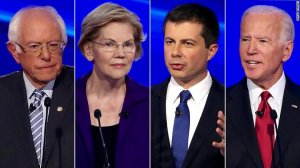 The rationale is that now that the actual voting has begun, the metric of grassroots support achieved through contributions is no longer necessary.

The change, most notably, provides a path for former New York City Mayor Michael Bloomberg to qualify for a debate for the first time. Bloomberg, who is worth an estimated $61.5 billion, is entirely self-funding his campaign and not accepting contributions.

To qualify for the stage in Las Vegas, candidates must meet a Delegate Threshold or one of two national and early state polling thresholds in, which have near-doubled in number.

DemList will, once again, host the Democratic Convention Calendar -- free for all to post and promote their events. Help us launch the calendar in February. Please contribute today.