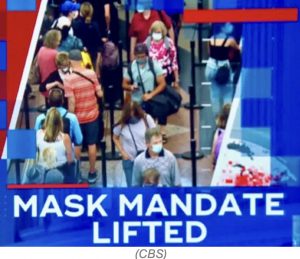 Mask Mandates have been lifted nationwide across the country's transportation systems, including on planes, trains, and automobiles.

On April 18, Florida US District Court Judge Kathryn Kimball Mizelle, an appointee of former President Donald Trump, ruled that the US Centers for Disease Control and Prevention (CDC) exceed its authority in issuing the mandate and did not follow proper federal procedures in implementing it.

Mizelle's 59-page court order came less than one week after the CDC announced that it would be extending the transportation mask requirement from April 18 to May 3, 2022 due to a spike in COVID cases.

The effect was immediate and swift, resulting in a domino effect of mask requirements being lifted across the country's transit systems, as well as by ride-sharing companies Uber and Lyft.

Some jurisdictions are still following the CDC's masking recommendations while juggling backlash from a public anxious to move past the pandemic. Philadelphia, which has seen a 67.6% increase in cases over the last two weeks, reinstated its mask mandate on Monday for indoor public settings -- only to reverse it days later in favor of a “strong recommendation” on masks after businesses and residents filed suit in state court. 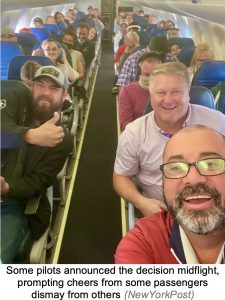 Unmasked
Although the transportation mask mandate has been in effect since President Biden took office in January 2021, most airlines had been requiring that passengers and crew wear masks since mid-2020.

Within 24 hours of Monday's court decision, all major US airlines, as well as the Amtrak rail system, had declared that they were no longer requiring masks for passengers or employees.

Face coverings may still be required to or from some international destinations, depending on either that country’s or the airline’s rules.

However, travelers over the age of 2 who are flying into the United States, regardless of vaccination status or citizenship, must show a negative coronavirus test taken the day before boarding. Unlike the federal mask mandate, there is no expiration date on this requirement and the White House has said that there are no immediate plans to remove the rule. 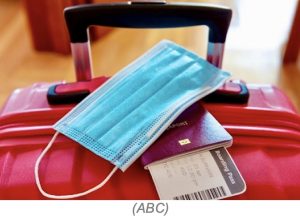 According to a March 15-22, 2022 survey by the Kaiser Family Foundation, about six in ten (59%) of US adults think people should continue to wear masks in public places to minimize the spread of COVID-19.

Respondents were divided about extending the public transportation mask requirement, with 51% opposed, to 48% in favor. A majority of Democrats (72%) and vaccinated adults (54%) say they support the extension compared to 76% of Republicans and unvaccinated adults (73%) who supported the original April 18th expiration (MOE: +/- 4%).

Save a life. Get vaccinated.
Where To Get Vaccinated In Your State

May 25, 2017 The Fourth US Circuit Court of Appeals court struck another blow to the Trump Administration today, rejecting the second version of the President’s controversial travel ban...