In a sequence of endorsements reminiscent of those that propelled Joe Biden to the nomination six weeks ago, the former Vice President received the public support of former President Barack Obama and the last of his major primary opponents. 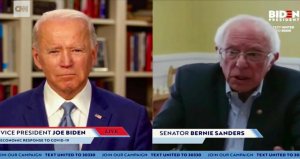 Sanders: "We need you in the White House"(CLICK)

"I know we share the understanding that we've got to go forward right now and out of this in an unprecedented way to address the terrible pain that so many of our fellow Americans are feeling," Sanders said.

"So today I am asking all Americans...to support your candidacy, which I endorse to make certain that we defeat somebody who I believe...is the most dangerous president in the modern history of this country."

The Vermont Senator, who suspended his campaign last Wednesday, said his campaign and Biden's have been working together in recent weeks to create task forces that will address "some of the most important issues facing this country," including the economy, education, healthcare, criminal justice, climate change and immigration.

Sanders' endorsement freed former President Barack Obama, who remained in the shadows during the primary race, to endorse his former Vice President and close friend.

In a video announcement on Tuesday, Obama first acknowledged, on behalf of Michelle and himself,"the incredible bravery" of medical professionals, public servants and workers on the front line. 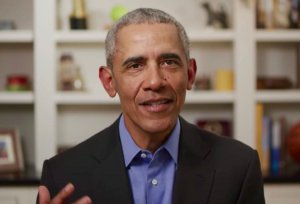 Obama: Biden "will always put the American people's interests above his own" (CLICK)

In a welcome message of presidential leadership that is a stark contrast to actions of the current occupant of the White House, Obama said, "if there is one thing we have learned as a country from moments of great crisis, it is that the spirit of looking out for one another can't be restricted to our homes or our workplaces or our neighborhoods or our houses of worship. It also has to be reflected in our national government, the kind of leadership that is guided by knowledge and experience, honesty and humility, empathy and grace."

"That kind of leadership doesn't just belong in our state capitals and mayors' offices; it belongs in the White House, and that is why I am so proud to endorse Joe Biden for President of the United States."

Obama also acknowledged Bernie Sanders, calling him "an American original, a man who has devoted his life to giving voice to working people's hopes, dreams and frustrations."

In an eloquent segway to unity, Obama spoke of their shared vision of America, saying, "We both know that nothing is more powerful than millions of voices calling for change, and the ideas (Bernie) has championed, the energy and enthusiasm he inspired, especially in young people, will be critical in moving America in a direction of progress and hope."

Obama went on to describe key issues facing Americans, reflecting the priorities under a Biden administration, before addressing the "corruption, carelessness, self-dealing," and "just plain meanness" of the "other side." In a passionate closing Obama appealed, "Now is the time to fight for what we believe in." 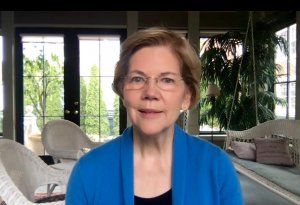 Today, Senator Elizabeth Warren finished the choreographed roll out with her endorsement of Biden in a carefully produced video that played as a commercial for the presumptive nominee's life and accomplishments, featuring little of the Massachusetts Senator herself.

There were reportedly no conditions placed on the endorsement by Warren, who is most ideologically aligned with Sanders, but who held off endorsing either of the two final frontrunners in the last weeks of their contest.

"Empathy matters. And in this moment of crisis, it is more important than ever that the next president restores Americans' faith in good, effective government...Joe Biden is a selfless public servant. He is committed to the fight for social, racial and economic justice. Joe Biden will lead a government that works for the American people...We're all in this together now."

Warren is one of the top contenders for Biden's choice of a running mate.

DemList is relying entirely on individual contributions during the crisis. Please support our work!

DemDaily: Bullies at the Ballot Box!

Americans are voting in every state and the first projected network election results should start rolling in around 7:00pm. The last polls close at 9:00pm on the east coast, and at 8:00pm (11pm...

May 30, 2018 While most of you were vacationing last weekend, the New York Democratic Party held their State Convention on Long Island to officially annoint their party’s nominees for the...