Campaign workers are the latest professionals to unionize, with numbers that, if recruited successfully, could add significantly to the ranks of organized labor.

In the first collective bargaining agreement with a presidential campaign, the Bernie Sanders campaign this week announced that its campaign workers are now members of United Food and Commercial Workers Local 400, which currently boasts over 30,000 workers. 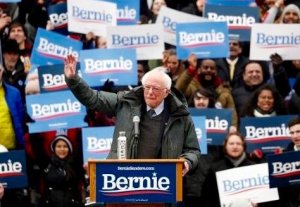 Although campaigns have increasingly offered more benefits like health insurance, and compensation for phone and housing, only a few have collective bargaining representation.

CWG, which has organized workers in 30 political campaigns and organizations, is actively organizing other presidential campaigns.

While thousands of campaign workers, organizers and field directors are employed full time over a two-year election cycle, over 50% are hired in the last six months, making them an unlikely target for organizing.

In particular, in a presidential campaign, many often volunteer full-time first to distinguish themselves amongst the hundreds of resumes being considered for one of a few slots. 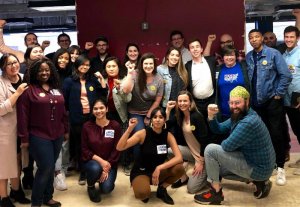 The number of unionized Sanders campaign workers are expected to reach 1,000 by November, 2020

As the first to unionize, the Sanders campaign is changing the nature of presidential campaigns, a high-energy, high-stakes environment traditionally known for its 24/7 demands and intense working conditions.

It also ensures that the campaign will pay full medical benefits of any worker paid under $36,000 and for hourly employees, which include field organizers, canvassers and interns.

The agreement puts a cap on management pay proportional to union employees' salaries, and provides for overtime pay for hourly workers and an opportunity to earn performance raises.

In addition to employee-led Labor Committees to address ongoing working conditions and other issues with management, the agreement lays out anti-discrimination provisions and protections for immigrant and transgender workers. 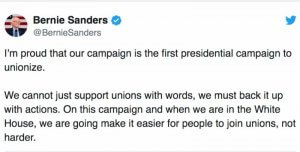 Earlier this year, following an investigation by the New York Times, Sanders was forced to address charges of sexism on 2016 campaign, including pay disparities between men and women and sexual harassment of female staffers in a predominantly white, male-dominated work environment.

Last week, Sanders unveiled a 17-page document that outlines what he called "the gold standard" for ending sexual misconduct and harassment within his workplace.

The UFCW agreement increases pressure on other Democratic presidential candidates, all of whom are courting support from labor, to organized their campaign workers.

A spokesperson for Joe Biden, who currently leads the field in polling, told Roll Call, "We are confident that the work environment, pay and benefits will meet the standards that a union would normally have to bargain for, but, of course, if staff decided they wanted to unionize, the Vice President would welcome it."