In addition to the contest for the White House, all 435 Members of the US House are up for reelection, and recent retirements are shifting the landscape for what some are now calling a battleground state.

In the House, three Democrats and eleven Republicans have announced they are not seeking another term. Seven of the GOP announcements came in the last two weeks, including four from the red state of Texas, fueling the growing hope by Democrats of turning the Lone Star State purple, if not blue. 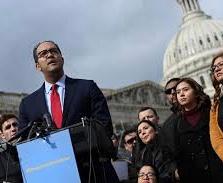 Most significant of those was the surprise announcement by three-term Congressman Will Hurd, the only African American in the House Republican caucus. Hurd won his 2018 reelection to the 23rd District by less than 1% in 2018 in the most expensive congressional race in the state's history, immediately putting the 2020 contest for his replacement in the "lean Democrat" category.

The Lone Star State
Texas was dominated by Democratic politics for over 100 years until the late 1990's, when Governor George Bush (R) was re-elected and Republicans swept all statewide offices in 1998. The state's Republican control became complete in 2002 when the GOP won the state House for the first time since Reconstruction.

Texas has not elected a Democrat in a presidential election since Jimmy Carter beat Gerald Ford in 1976. The southern border state delivered a 52.6% to 43.4% victory for Donald Trump over Hillary Clinton in the 2016 presidential election, and a coveted 38 electoral votes - the second largest in the nation.

Republicans control all statewide Texas offices, both houses of the state legislature and have a majority in the Texas congressional delegation. For now. A closer look, however, shows that state, which is growing rapidly in population and in Democratic influence in suburban areas, is steadily trending away from the GOP.

In 2018 Democrats picked up two House seats, putting the Texas Congressional Delegation at 23 Republicans to 13 Democrats. Six incumbent Republicans won their seats by less than 5 points.

US Senate
In 2018, Congressman Beto O'Rourke become a national phenomenon in his bid to unseat incumbent Republican Senator Ted Cruz for his US Senate seat, which Cruz had won in 2012 by more than 15%.

Although no Democrat has been elected to statewide office in Texas since 1994, O'Rourke came within 3% points of beating Cruz, and received 64% of the Latino vote to 35% for Cruz, who is Hispanic.

In 2020, Republican Senator John Cornyn is up for reelection and Democrats are lining up to run again the three-term incumbent. While Cornyn, who won his last reelection with 62%, is still strongly favored to win reelection, his approval rate stands at just 43%, below Trump's at 51%.

Should current presidential contender Beto O'Rourke decide to drop his bid for the White House to run against Cornyn, as he is being encouraged to do, then the dynamics could change considerably, while boosting the rest of the Democratic field. Cornyn, who boasts an A+ rating with the NRA, is under fire for his response to the recent mass shooting by a white supremacist in El Paso, Texas for stating, "there is no simple answer."

The Legislature
State Senate
In 2018, 15 seats out of the chamber's 31 seats were up. Republicans lost their supermajority in the State Senate, losing two seats to Democrats, ending with 19 Republicans to 12 Democrats.

State House
In 2018, Democrats picked up 12 seats in the Texas House of Representatives, bringing them within nine seats of a majority in the chamber at 83 Republicans to 67 Dems.

Most importantly, should Democrats capture the State House in 2020, it gives them a place at the table in the 2021 redistricting process. 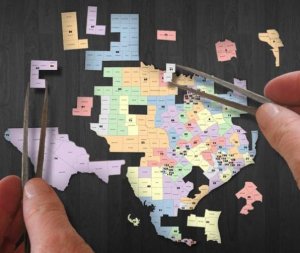 Redistricting
In Texas, both congressional and state legislative district boundaries are drawn by the Texas State Legislature and subject to veto by the governor.

If the state legislature is unable to approve a state redistricting plan, then a commission, including the Speaker of the State House, must draw the lines.

Texas is expected to pick up as many as three congressional seats in the next census, making control of the State House in 2020 one of the most important targets in the country.

Under any circumstances, Texas will play a crucial role in 2020.