As President Trump was speaking before the United Nations today, threatening the "rogue regimes" of Iran and Syria, and the destruction of North Korea and leader Kim Jong-un, a "Rocket Man ... on a suicide mission for himself" -- his GOP colleagues were attacking Democratic House Members on Facebook for being soft on national security. 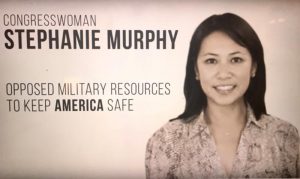 The six-figure Facebook attack ad campaign, which launched Monday by the National Republican Congressional Committee (NRCC), is supposedly aimed at a group of sitting Democrats for opposing the GOP's defense bill and, therefore, failing to protect US citizens from terrorists and international predators like North Korea. 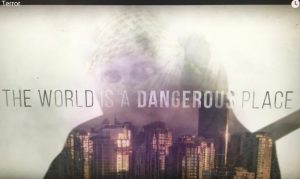 Four Republicans opposed it, and five Democrats, including Gottheimer and O'Halleran, were among the Democrats who voted for it (their crime: an earlier vote in favor of a procedural measure against the bill).

The 30-second ads offer no detailed offenses, but tie the member to vivid images of major attacks on US soil over the last decade. 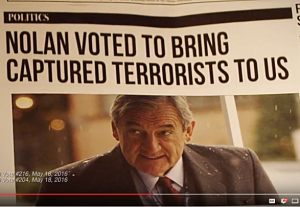 Nolan (D-MN) "cozy with our enemies"

August 22, 2019 Among the agenda items at the Democratic National Committee meeting in San Francisco, California this week is a series of resolutions regarding climate change. For months advocates...