Democratic incumbent Senator Chris Murphy, who was unopposed in the primary, will be challenged by businessman  Matthew Corey (R).

The race to succeed retiring Governor Dan Malloy (D) is one of the country's top ten governors races to watch.  Of the state's past ten gubernatorial elections, three have resulted in the seat changing hands.

Businessman Ned Lamont handily won the Democratic primary to face Republican primary winner Bob Stefanowski, who emerged the victor from a competitive four-way primary with 29.3% of the vote.

With the decision of sitting Governor Mark Dayton (D) not to seek a third term in 2018, Minnesota became one of 16 open gubernatorial seats, out of a total of 36 up in 2018. 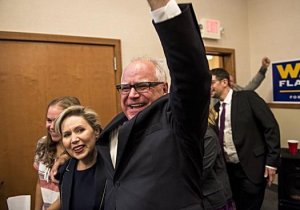 Johnson, who was endorsed by Trump, defeated former Governor Tim Pawlenty (R) 52.6% to 43.9%. Pawlenty, who previously critized Trump as "unhinged and unfit to be President," was favored going into the primary.

Highlights
Two-term incumbent and former presidential candidate Bernie Sanders will be challenged by businessman and perennial candidate Brooke Paige.  As he has done previously elections, Sanders, who easily won the Democratic nomination, turned down the position to run as an Independent in the general election. 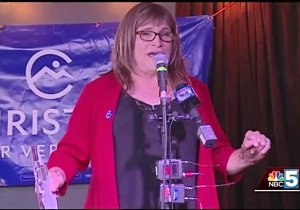 In the contest to unseat incumbent Republican Governor Phil Scott, Democratics have nominated Christine Hallquist. The 62 year-old former chief executive at Vermont Electric Cooperative, who won with 48% of the vote, is a transgender woman -- one of at least 40 transgender candidates standing for election in 2018.

Candidates in Vermont can file to run in more than one primary contest at the same time. If they win multiple primary elections, they must choose one office for which to run in the general election. Candidates who withdraw their nomination must do so within 10 days of the primary election, after which the party may nominate a candidate to fill the vacancy on the general election ballot.

Highlights
In the most expensive Senate primary of the cycle, party-backed State Senator Leah Vukmir defeated businessman Kevin Nicholson. The contest, which attracted $12+ million in outside money, means Vukmir will challenge incumbent Democratic Senator Tammy Baldwin, who is one of ten Democratic incumbents seeking reelection in states President Donald Trump carried in 2016.

Sitting Governor Scott Walker (R) is seeking election to a third term in 2018. Walker will face Wisconsin Superintendent of Public Instruction Tony Evers (D), the winner of the Democratic primary.

SideNote: A week after the August 7th Kansas GOP primary for Governor, Trump-endorsed Kansas Secretary of State Kris Kobach was declared the winner, defeating incumbent Governor Jeff Colyer for his party's nomination. After final absentee and provisional ballots were counted, Kobach edged out Coyler by 345 votes of 313,000 cast.

June 4, 2020 Amid nine days of protest and civil unrest following the death of George Floyd, four former United States presidents spoke out this week as the void of leadership in the current White...