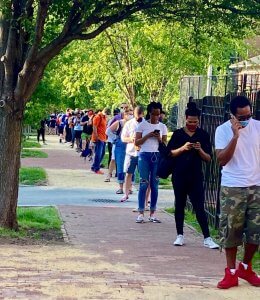 The turnout is a testament to an energized electorate, despite, or because of, the devastating coronavirus crisis and last week's nationwide civil unrest following the death of George Floyd at the hands of a white police officer.

In addition to presidential, congressional, and other down-ballot contests in DC, Indiana, Maryland, Montana, New Mexico, Pennsylvania, Rhode Island, and South Dakota, Idaho and Iowa, which already had their presidential primaries, held contests for congressional races.

In DC, where many voters said they hadnot received their mail-in ballots, some voters were waiting until after midnight to vote. Although Washington, DC was under a 7:00pm curfew due to protests over the George Floyd killing, voters who were in line by 8:00pm were allowed to cast their ballots. 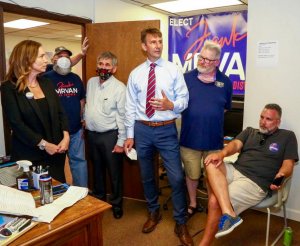 In competitive Fifth CD, Christina Hale (D) will go up against Victoria Spartz (R) in the open seat to replace retiring Congresswoman Susan Brooks (R) in a race in which both parties have already invested heavily.

One of the biggest stories coming out of yesterday's primaries was the primary defeat of nine-term Congressman Steve King in Iowa's 4th Congressional District by State Senator Randy Feenstra 45.7% to 36%. 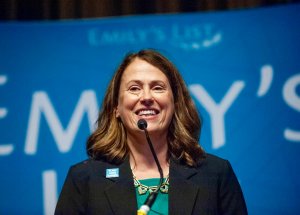 The controversial and outspoken King was stripped of House committee assignments last year after a series of racists comments. Feenstra will face J.D. Scholten, who narrowly lost to King in 2018 and was unopposed for the Democratic nomination.

House Majority Leaders Steny Hoyer (D) easily fended off a primary challenge in the Fifth District, as did Seventh District Congressman Kweisi Mfume (D), who won the special election in April to fill the seat of the late Elijah Cummings (D). Mfume, now running for a full term in the heavily Democratic seat, is being challenged by nonprofit organizer Kimberly Klacik (R). 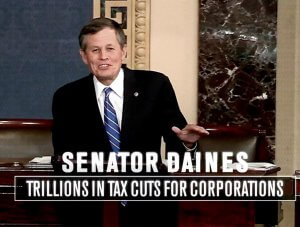 In the US Senate race, Governor Steve Bullock (D) will challenge first-term incumbent Senator Steve Daines (R) in one of the country's top Senate races.

In the Governor's race to replace the term-limited Bullock, Republican Congressman Greg Gianforte will face Lt. Governor Mike Cooney, who defeated businesswoman Whitney Williams 54.8% to 45.2% for the Democratic nomination. 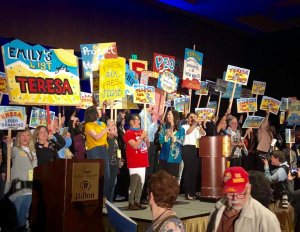 In the open US Senate seat being vacated by retiring Senator Tom Udall, Congressman Ben Ray Lujan (D) is favored against a former television meteorologist Mark Ronchetti, who won the Republican primary Tuesday. 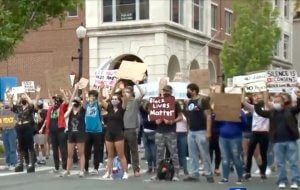 Some say they were "inspired" to vote by protests (PA/WMAL)

Democratic Governor Tom Wolf has extended the deadine to June 9th for absentee ballots to be received in Allegheny, Dauphin, Delaware, Erie, Montgomery and Philadelphia counties, where protests of the death of George Floyd have "have made it unduly hard for voters to turn in their ballots."

Next Up!
Virgin Islands Caucus (7 delegates) on June 6th, and the Georgia (105 delegates) and West Virginia (28 delegates) presidential primaries on June 9th.

July 14, 2020 Now 112 days away from the 2020 presidential election, the electoral college map is looking good for Democratic hopes of retaking the White House. According to an analysis...